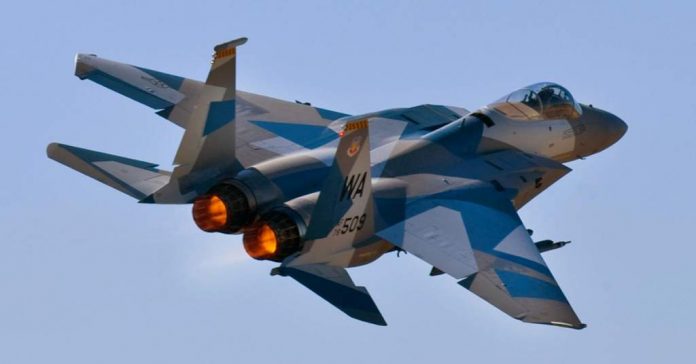 [ Editor’s Note: We knew while we were exchanging briefings with the Syrian government during our mid-September Damascus trip that there were changes in the wind for the Syrian conflict.

The Russians were obviously being invited in to run a modern, state-of-the-art air campaign, which would definitely be a game changer, and one totally in compliance with international law.

The Syrians had tons of on the ground Intel on ISIS and the other terrorist group activities, and adding in the Russian satellites, their drones and new communications equipment, the effective air strikes were no surprise.

But what we underestimated was that, with all this time to prepare, the only media campaign the White House and Pentagon could put out was the same old, worn out lies and Russian bogeyman kindergarten silliness.

The Israelis did their share, feeding in a huge stream of bogus stories of civilian casualties to corporate media, but they used the same old garbage front sources that they always have, like the CIA front Syrian Observatory. But after 48 hours of the world public slapping that all down, even the Washington Post stopped printing the disinfo material out of sheer embarrassment.

The worst mistake, as Gordon covers in detail in his first War Zone article, is the spin that the Russians had broken an unspoken agreement not to attack the moderate opposition forces, which generally refers to the Free Syrian Army. But the knuckleheads at the Pentagon forgot that we already knew the FSA had left Syria earlier in the year; those FSA who did not go over to IS or al Nusra.

Russian FM Lavrov even picked up on our coverage on this phony FSA story with his comment today, asking the Pentagon to tell him where the FSA was so the Russians could be careful not to harm the 10 or 12 that might still be lost in Syria. We are on a roll this week. You just can’t make this stuff up, only “they” can do that… Jim W. Dean ]

The Syrian president further warned that those governments’ support for terrorism will backfire. He also spoke of Syria’s sovereignty. Assad stressed that no foreign official is entitled to meddle in his country’s internal affairs. He said Syria’s political future can only be decided by Syrians themselves.