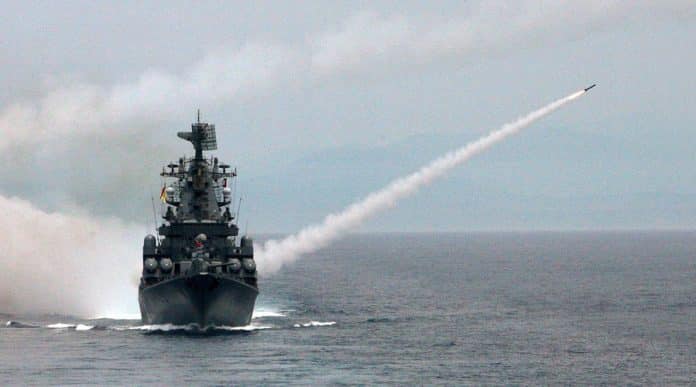 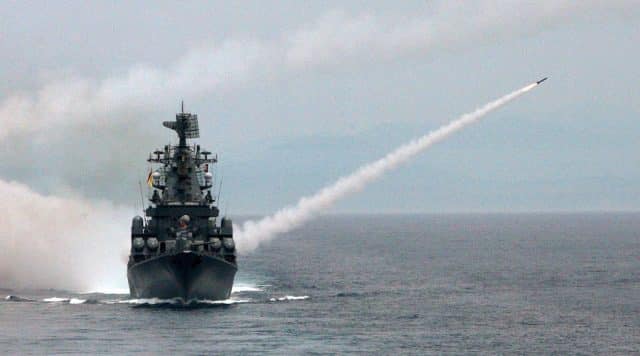 [ Editor’s Note: We had been expecting a “measured response” from the Russians before sundown. The ending military cooperation was a given. Turkey gets one freebie on the plane shoot down today, but one is all.

The missile cruiser will have top of the line S-400s, which will be able to reach into Turkey to shoot down Turkish planes after firing on Russian ones next time, or even threatening them.

Russia will of course track the engagement by satellite and release it by the end of the day, something we have not seen from the Turks.

NATO has lied to us routinely, so they will say whatever they want, as the public cannot reach them with any punishment. We have not seen phone campaigns organized against rogue military policy, as they can be spun so easily in the controlled media as “anti-American”, when they are just the opposite.

Turkey does not want the anti-terrorism campaign to go up to its border, as then it cannot supply its terrorist groups in Syria. But more important, once Syria has control of its side of the border, the dream of Turkey hosting the Saudi-Qatari gas pipeline to the Mediterranean will be dead. Erdogan wants to make sure he is in that game, in case his Russian gas source gets stopped in the future… like for shooting Russian planes down.

For now, the money for the gas sales to Turkey is more important to Russia. As the Chinese pipelines get built and product is being sold and paid for, then losing some Western business would not be a game changer. Erdogan is playing both sides against the middle.

You can imagine what Saudi Arabia and Qatar would offer Turkey to keep the pipeline dream alive. If not, then we could see an Iranian-Iraqi-Syrian pipeline, which will give it a price advantage over tanker shippers from the Gulf. This has always been about money, which no average person would ever see; and it always will be, until we “change things”… Jim W. Dean ]

Moscow plans to suspend military cooperation with Ankara after the downing of a Russian bomber by Turkish air forces, Russian General Staff representatives said on Tuesday. Further measures to beef up Russian air base security in Syria will also be taken.

Sergey Rudskoy, a top official with the Russian General Staff, condemned the attack on the Russian bomber in Syrian airspace by a Turkish fighter jet as “a severe violation of international law”. He stressed that the Su-24 was downed over the Syrian territory. The crash site was four kilometers away from the Turkish border, he said.

Rudskoy said the Russian warplane did not violate Turkish airspace. Additionally, according to the Hmeymim airfield radar, it was the Turkish fighter jet that actually entered Syrian airspace as it attacked the Russian bomber.

The Turkish fighter jet made no attempts to contact Russian pilots before attacking the bomber, Rudskoy added.

“We assume the strike was carried out with a close range missile with an infra-red seeker,” Rudskoy said. “The Turkish jet made no attempts to communicate or establish visual contact with our crew that our equipment would have registered. The Su-24 was hit by a missile over Syria’s territory.”