Erdogan is slowly but surely learning that it is hard to challenge Putin on the war in Syria. A few days ago, the Turkish terrorist got on the political stage and declared that Putin needs to present concrete evidence showing that Turkey has been importing oil from ISIS.

“If evidence of this kind is found, let those who find it present it,” he said. He added that he will immediately resign if Putin could come up with serious evidence:

“I will say something very strong here. If such a thing is proved, the nobility of our nation would require that I would not stay in office. I am asking Mr. Putin, would you stay in that office?

“I say this clearly. Let’s act patiently and not emotionally. Let’s let their chips fall as they may, then if we have our own chips, we’ll let those fall.”[1]

Erdogan continued to say: ‘You should put your documents on the table if you have any. Let’s see the documents.”[2]

Putin seemed to have responded,

“So, you want evidence, don’t you? Then you will have it, buster. You want to act patiently and not emotionally? You want to bring moral reasoning on the table? Let’s put the issue to the world, and I will show you how ridiculous you and your regime in Turkey really are.”

Turkey has previously accused Assad of buying oil from ISIS,[3] a ridiculous accusation which only worked in the imagination of Erdogan. Now Erdogan is left in the cold, looking like a bumbling idiot.[4] As Gordon Duff has put it, Erdogan is mentally instable. Duff argued elsewhere that:

“Turkey and the Islamic State’s collaboration on oil smuggling only scratches the surface of a much deeper and broader criminal partnership, one that oversees a variety of illicit activities ranging from human trafficking to financial scams with operations that stretch from Ankara to Amsterdam, experts told Sputnik.”

If you are a skeptic and believe that VT is inaccurate here, then I would refer you again to David L Phillips’ study on this very issue. Phillips is Director of the Program on Peace-building and Rights, Columbia University’s Institute for the Study of Human Rights. Phillips also served as a Senior Adviser and Foreign Affairs Expert for the U.S. Department of State. Phillips did not hesitate to document:

“According to Jordanian intelligence, Turkey trained ISIS militants for special operations…. On September 13, 2014, The New York Times reported on the Obama administration’s efforts to pressure Turkey to crack down on ISIS extensive sales network for oil.

“James Phillips, a senior fellow at the Heritage Foundation, argues that Turkey has not fully cracked down on ISIS’s sales network because it benefits from a lower price for oil, and that there might even be Turks and government officials who benefit from the trade.

“Fehim Taştekin wrote in Radikal on September 13, 2014 about illegal pipelines transporting oil from Syria to nearby border towns in Turkey. The oil is sold for as little as 1.25 liras per liter. Taştekin indicated that many of these illegal pipelines were dismantled after operating for 3 years, once his article was published.

“According to Diken and OdaTV, David Cohen, a Justice Department official, says that there are Turkish individuals acting as middlemen to help sell ISIS’s oil through Turkey.

“On October 14, 2014, a German Parliamentarian from the Green Party accused Turkey of allowing the transportation of arms to ISIS over its territory, as well as the sale of oil.”[5] 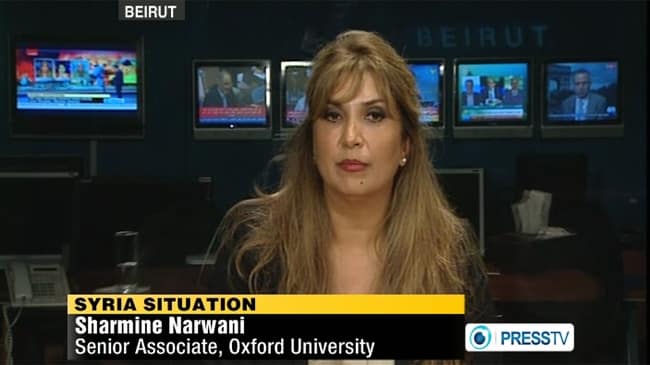 More recently, the Syrian army themselves admitted that Turkey has been caressing ISIS.[6] Middle East geopolitical analyst Sharmine Narwani has said that “There is no conceivable way that Turkey’s Western allies were unaware of the oil trade between ISIS and Turkey.”[7]

So, shouldn’t Erdogan keep his word? Shouldn’t he step down?

Whether he does so or not, the conclusion is pretty much the same: Erdogan is a liar. If he steps down, that means he was lying to the world when he said that he didn’t have direct contact with ISIS. If he doesn’t step down, that also means that he lied to the world by saying that conclusive evidence will convince him.

Once again, Erdogan, like other NWO agents, is trapped in his own diabolical matrix. This is why Putin makes people like him look silly in the eyes of the world. Putin himself said:

“Allah knows why they [Turkey] did it [terrorist acts]. Apparently Allah decided to punish the ruling clique in Turkey by taking their sanity.”[8]

Erdogan, says Putin, is insane. He has lost his rational mind[9] and has fallen into the able hands of the New World Order, which is essentially satanic and Talmudic.

This is perhaps one reason Putin decided not to “engage in military sabre rattling with Turkey,”[10] and this is why he has kept his attention on defeating ISIS in.[11]

Erdogan has recently responded to Putin’s claim by saying that it was Putin who was sleeping with ISIS. “We have the proof in our hands. We will reveal it to the world,” he said.

Erdogan is upset because the world now knows that his family and ISIS are two sides of the same coin. “The immoral side of this issue is involving my family in the affair,” he added.

Well, it seems that Erdogan has been sleeping. How is he going to disprove serious and numerous facts provided by people like Phillips? Hmm. Let us patiently wait for his next big lie. One can predict that Putin is going to cut him to pieces again.

In fact, he is already cutting Erdogan to pieces. Just a few minutes ago,  he has said that it takes “one powerful fist” to fight terrorist states like Turkey, and many Western powers are accomplices and therefore have created “a zone of chaos.” How do we fight terrorists? Putin responds:

“No shelter to bandits, no double standards, no contacts whatsoever with any terrorist organizations, no attempts to use them for some selfish goals, no criminal, bloody business with terrorists.”

[2] “’Put your documents on the table and prove it’: Erdogan challenges Putin to show any evidence that Turkey is buying oil from ISIS and says Vladimir should quit if he can’t,” Daily Mail, December 1, 2015.