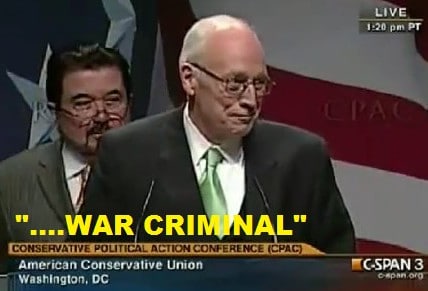 “Fox News is a propaganda outfit but they call themselves news….an open and active political player, sort of one-part character assassin and one-part propagandist…thrives on fabrications and falsehoods…all a well-orchestrated liar….permeates the entire Fox News culture…we’re taking the Bush line on things…different than the GOP…. a Stalin-esque mouthpiece….totally dangerous…..siege mentality that network boss Roger Ailes encourages…..one controversy faded, goddamn it they would find another one……real or imagined….or fabricated…misleading….partisan….instructed to slant and falsify stories on climate change and health care reform…an organization that’s built and functions by intimidation and bullying.”…Media Matters

Perhaps they were inspired by events in the Middle East but America’s conservatives are no longer in “lock step” with “neocons,” not any more.  With Ron Paul’s supporters making up a clear majority, espousing values totally at odds with the disastrous Bush-Cheney-Rumsfeld era of big government, big debt and economic corruption, things got hot for former Secretary of Defense Donald Rumsfeld and former Vice President Dick Cheney, both of potentially face criminal tribunals for torture policies enacted at their urging.

This behavior from “Fair and Balanced” Fox News, owned by Israeli-American-Australian Rupert Murdoch, the “Darth Vader” of the media, is more than incidental, it’s typical.  Recent revelations from former Fox insiders:

Asked what most viewers and observers of Fox News would besurprised to learn about the controversial cable channel, a former insider fromthe world of Rupert Murdoch was quick with a response: “I don’t think peoplewould believe it’s as concocted as it is; that stuff is just made up.”

Indeed, a former Fox News employee who recently agreed to talk with Media Matters confirmed what critics have been saying for years about Murdoch’s cable channel. Namely, thatFox News is run as a purely partisan operation, virtually every news story is actively spun by the staff, its primary goal is to prop up Republicans and knock down Democrats, and that staffers at Fox News routinely operate without the slightest regard for fairness or fact checking.

Fox News is a propaganda outfit but theycall themselves news….an open and active political player, sort of one-part character assassin and one-part propagandist…thrives onfabrications and falsehoods…all a well-orchestrated liar….that permeates the entire Fox News culture…we’re taking the Bush line on things, which was different than the GOP…. a Stalin-esque mouthpiece….totally dangerous…..siege mentality that network boss Roger Ailes encourages…..one controversy faded, goddamn it they would find another one……real or imagined….or fabricated…misleading….partisan….instructed to slant and falsify stories on climate change and health care reform…an organization that’s built and functions by intimidation and bullying.