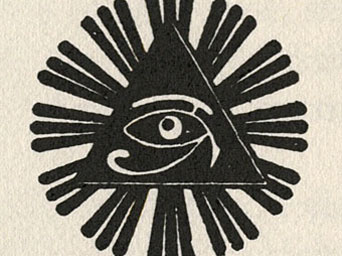 “Interesting scenario, rather bold and challenging to the elite. I admire your courage and forthrightness; however, it is not always a healthy approach to certain discreet matters. I cannot help to wonder why The Powers That Be have allowed you to carry on so far.” — Michael “Doc” Stovall

HOUSTON, 5/27/11 — Michael “Doc” Stovall accurately assessed my perilous path in his response to an article I wrote over the 2004 Labor Day weekend. Rense.com originally published Embedded Code Broken? Next 911 On September 27?. Something about Stovall spooked Jeff Rense, who posted then pulled his comment on the same day.

Six months earlier, Ghost Troop had succeeded in its first 9/11-2B mission against the nation’s first post-9/11 false flag operation. The willing target had been BP in Texas City, just south of the Bush League and Big Oil capitol of Houston. We were lucky to be headquartered in the Bayou City, my hometown, as well, or we probably wouldn’t have detected and deflected the petro-plot to put Toxic City on the U.S. hit list:

When I wrote the Rense.com article, Bonesmen Bush and Kerry were campaigning, while the FBI was warning that a terror attack was likely before the election. As a matter of fact, they had concocted that false flag cover story only hours after Ghost Troop interdicted their Texas City 9/11-2B attempt.

TEXAS CITY, Texas — Bruce C. Clawson, the Texas City emergency management director, said an internal investigation was under way, following a heightened security alert from recent reports that refineries in this area might be targeted by terrorists. “That was one of our first concerns” with the blasts, Clawson told the Texas City Sun in Wednesday’s editions. “But there is no indication of that, none at all.”

As for our prediction of a Houston 9/11-2B false flag attempt, we were right to within 24 miles and 24 hours, just as we had been with Texas City six months earlier. Without the Ghost Troop infowar campaigns, both incidents likely would have been mammoth attacks, not minor ones.

NEW CANEY, Texas — Investigators are looking for the thief who stole a piece of construction equipment and caused a pipeline explosion that forced the evacuation of hundreds of people in Montgomery County. The explosion happened when someone punctured the 6-inch diameter underground line with a trackhoe. Police said the equipment was stolen by someone who knew how to use it.

TEXAS CITY, Texas — Basing his information on a report from a man claiming to be a former U.S. Army intelligence officer, show host Greg Szymanski reported that Texas City was likely the target for a government-led nuclear attack. The report quickly made the rounds via e-mail and blog sites. On Wednesday, people could see unmarked black trucks and sport utility vehicles bearing government license plates near crews setting up what appeared to be satellite or radar gear on the beach. The crews were wearing shirts embossed with the words, “Weapons of Mass Destruction Civil Support Team.”

Welcome to my world, Ghost Troop. Please read and enjoy the kindest death-threat, or perhaps friendliest warning, that I’ve received yet! I guess this is a ghostly treat after we spent the weekend spooking the War Cabal by busting up their code — and it serves the bastards right! Boo!

Interesting scenario, rather bold and challenging to the elite. I admire your courage and forthrightness; however, it is not always a healthy approach to certain discreet matters. I cannot help to wonder why The Powers That Be have allowed you to carry on so far.

Having been involved with people in the highest of places, with those of considerable shaker ability, I would have suspected you would have been silenced by now. They play hard ball all the time, they play by their own rules, and they change the rules to always win, period. This is my personal direct observation; been there, done that, fact of life.

I might sincerely encourage you to reconsider the reason for your continued activity, and ask whether you suspect they have something in mind for you. These folks are smart, have a lot of smart people around them, and have incredible resources. They wrote the story before Sun Tzu ever hit the ground. Nothing happens unless they approve it, plan it, and activate it. They own the football and the football field, and they move the goal posts at any time they deem it necessary.

While I wish to encourage you, frankly, I fear for your future. Hard-hitting tactics such as you are using are not appreciated by those in higher places. I guess now I would just have to encourage you to publish your work, since you have already made a public statement. It does not guarantee one’s safety, as you must surely know, but occasionally there is safety in remaining in public view.

I regretfully moved to safer ground, fearing for the safety of family and friends. I watched peers who didn’t do so, and all have disappeared from the radar screen. That my friend is a sobering real-world scenario. I too had to come face to face with TPTB, and it was costly for me, so I speak to you with an experienced voice. I am getting old now, and do not have not much left to lose, so I offer up what little I have left: I offer you Peace my friend. You will need all our prayers for safety and guidance. — Kindest regards, Doc Stovall

I thank you for the email. I agree with you that the dangers of being Ghost Troop commander are real enough. Candidly, I entered the infowar understanding that I likely would not come out of it alive, as you can see for yourself if you will read the Ghost Troop  Introduction. I particularly recommend its July ’03 Letters, since they will show you just how much of a bother I have been to the powers that be. You can find even more invidious material in my Aljazeerah.info publications:

I can only hope that the ladies and gentlemen who form the Establishment will permit this true soldier of the Republic to fulfill his brief, minor mission of ensuring that the dead of the Battle of Baghdad are not deprived of their due honors, and that the USA is not subjected to another contrived “terror” attack. Those are my humble ambitions, and I have none other. Candidly, I’d very much like to just fade out of the picture, back to my private life of humanities and martial arts; I don’t find the two contradictory. — With gratitude for your advice and concern, Captain May