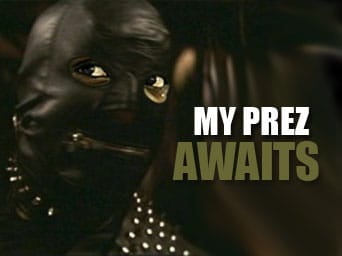 “Of Course His Name Had To Be Weiner….”

While America is Watching the Circus…

The press loves the Weiner story.  America gets to air it’s righteous indignation and closet Antisemitism.  American pop culture, at one time, used to be true love and romance.  It is now “dirty sex.” Weiner’s escapades on Twitter can help fill the void while we all wait breathlessly for the next Wikileak.

Speaking of rape, and in America, people speak of little else, our good friend Colonel Gaddafi has hit the news with allegations of “rape gangs” while, in Bahrain and Yemen, hundreds are slaughtered without notice.  Sex sells.  Add a bit of mutilation and you can do a TV series that will run for years.

Weiner, yes, a scumbag who never belonged in government or any position of trust whatsoever, should resign.  The GOP is right about that.  Weiner’s problem, however, isn’t his morals, it’s that he shares so many core GOP values.

Sex has been around Washington forever.  You can’t have politicians without the boys and girls to torture and humiliate.  Why have power unless you can use it and the only reason to have power is sex.  The abuse of priestly office that brought the Catholic Church low is “small potatoes” compared with what goes on  in Washington.

It is said power corrupts.  Washington exists to prove that religion, family values and even patriotism corrupt as well.  Add a dash of “conservatism” and no toddler is safe without a titanium chastity belt.  Sex scandals in Washington are old news, not that the public tires of such things, their patience and attention span for “below the belt” issues is impressive.  This one, “moron-boy” Weiner, is grossly substandard, not up to usual Washington levels.  Nobody has died, not that we know of.  We can’ t have sex without murder, not in Washington.

Many of those, however, don’t make it into the papers, only the dorks like Weiner are newsworthy.

The real sex scandals, the best ones are only rumors though, no matter how much evidence, or how “juicy,” when the wrong target is “on the spot,” one with powerful friends, it is kept quiet.  The best sex scandals are real “third rail” issues, everyone that touches a “third rail” dies.

We all remember the Clinton impeachment.  Clinton was targeted for sexual blackmail, a “honey trap” like the one used on Dominique Strauss-Kahn,  by a foreign intelligence agency.  Monica Lewinsky’s friend, Linda Tripp, working for Army Intelligence, got wind of it.  The army had their own agenda, control of the presidency, and elimination of the constitution that so many soldiers had, oh so inconveniently, sworn to protect and defend.

Army Intelligence had worked out a way to hack voting machines and had developed an algorithm for piling up votes in swing states like Florida and Ohio.  The deal they cut, they would leave Al Gore with the stain of a major Clinton scandal while “dark horse” Texas governor George “W” Bush would be put into office, cleanly and quietly, with a small majority vote while nationwide, 5 million electronic votes were flipped or fabricated.

In return, they were promised the war they wanted, medals, power, toys, tribunals, waterboarding, all of it while their partners in crime would loot the American economy.

When it turned out that they had miscalculated, the Supreme Court stepped in, and in a landmark “extra-constitutional” 5/4 decision, appointed Bush while the “loose ends” were tied up, Mike Connell, the programmer was murdered, the media squelched stories showing the huge spread between exit polling, always “dead on” accurate, and results that, in some areas of Ohio, showed more Bush voters than citizens, living or dead.

Little did Monica Lewinsky know her roll in 9/11.

WHILE AMERICA WATCHES “THE WEINER,” WHO IS WATCHING MCCAIN AND LIEBERMAN?

More importantly, behind the news, suppressed and unreported, under cover of the carefully orchestrated press blitz against Weiner, Senators McCain and Lieberman, have been busy.  This shadowy duo, “step’n fetchit” boys for the New World Order, have submitted a bill allowing the US Army, yes, the same crew, to have unlimited arrest and detention power for US citizens within the United States.

This bill totally abrogates ever constitutional right, press, the right to bear arms, habeas corpus, right to counsel, right to trial by jury, cruel and unusual punishment, in fact it is the most unAmerican law ever introduced.  There would be no need to rig elections or stage terror attacks like 9/11.  It eliminates judges, lawyers and even congress itself.

The army would have the right to arrest congress, overturn any law, even detain the president himself if they felt it was in the national interest.

Some would say this sounds too good to be true but, I assure you, the bill that no member of congress has read, just as with the ill named “Patriot Acts,” allows all of this and more, and may well pass into law.

All of this is made possible by the Weiner scandal.  IFM head, Dominique Strauss-Kahn’s alleged rape of a hotel maid has left the public’s eye, leaving us Gaddafi’s rape squads and Weiner’s “weiner” to amuse and distract.

Monica Lewinsky should be thankful she went after Clinton, not Cheney as with Chandra Levy, believed to have been tasked with targeting the vice president.  Levy’s body was found in Rock Creek Park.  A patsy is now doing 60 years in prison for the murder.

When Vince Foster’s body was found on a Washington park bench, the GOP splashed accusations that the first lady, Hillary Clinton, had murdered Foster across the airwaves.  It is easy to see who controls the “liberal press” in the US.

Few have heard the stories of George “W” Bush and his overnight male guests at the White House.  While conservative think tanks secretly financed a TV series about the Kennedy family, worse, far worse, at least in the eyes of homophobic Bush supporters went on every day, perhaps even under the desk in the oval office.

The FBI investigation into Steve Rosen that brought rise to allegations of spying for Israel revealed, within the highest echelons of the White House, a pervasive culture of sexual mischief, primarily homosexual in nature.  From the oval office to the lowest interns, the business of government was mostly “gay sex” and little else.  Staffers report rooms set aside for “trysts” between the president’s top advisors and carefully “hand selected” young males.

At the same time cutbacks were being pressed for veterans health care, bills flowed in, sources reveal, for charges from gay bathhouses and highly specialized escort services.

In fact, the reports attributed by Wayne Madsen to Rahm Emmanuel and the president, stories since forgotten by all but the most diehard conservatives were, in fact, true about top Bush staffers including members of the National Security Council.

The granddaddy of all sex scandals is known as the Franklin Affair.  There is a public version and a private version.  Both are bad, the private version worse.  It all began when a top Republican fundraiser, an African American, a pimp by profession, had managed to worm his way  into the inner circle of the party.  This was during Regan’s first term.

I learned about the Franklin scandal many years later when folks in the CIA told me the President, then George H. W. Bush, was being blackmailed.  The version I was given was that the President was at a fundraiser in Omaha where top Republicans were “doing the nasty” with underage boys, just upstairs.  Demands were being made of the president who they said was not directly involved, demands that may have caused him to drop out of the election, putting Bill Clinton into the Oval Office.  Officially, George H. W. Bush never dropped out of the election but a cursory examination of campaign records and results tell a very different story.

Originally, we thought the “boys” involved were typical male prostitutes, runaways.  Later we learned that the “boys” were, in fact, children who had been kidnapped and sold into sexual slavery.  Children were being targeted based on a particular look a client wanted:

Children were stolen off streets and playgrounds across America, enslaved, used, abused and later, “disappeared.”

OUR FIRST “ALL PERVERT ADMINISTRATION”

Back in 2005, when the FBI was bugging the White House, based on an agreement with Condi Rice, back when the FBI had vans all over Washington, videoing rest rooms, bath houses, catching America’s “best and brightest” at play, much was learned.  What we know they got:

With a new election coming up, this is the same GOP, the same gang of bible thumping hypocrites, wanting worm their way back into power.  Weiner has to go, certainly.  He is an embarrassment.  Think about it, in a town filled with thieves and war criminals, dozens of top US officials, current or awaiting another chance to screw up, can’t openly take vacations anymore.  They face extradition, including and especially our former President and Vice President.

Both are officially wanted criminals in much of the world.