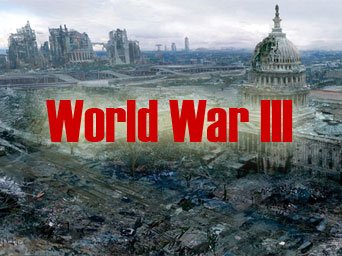 As The Denver Post reported Sunday, today marks the second time in less than a month that Barack Obama has come to the mile-high city, headquarters of the nation’s state-of-emergency command apparatus, where he will remain through tomorrow.

The last time he came was four weeks ago, when he arrived on Sept 27 to command massive terror exercises occurring during the window of opportunity for an Israeli attack against Iran, as reported by Haaretz in Netanyahu must be stopped from attacking Iran. The timing of the “continuity of government” training seemed so suspicious that I posted America Awakens to Denver False Flag Danger. Just five days before, Big Oil shenanigans had raised false flag fears in Ron Paul’s toxic home turf of Texas City, which I described in my article the following morning, Texas City Terror Scare.

This time around BO’s stated mission is the less menacing promotion of his $447 billion Jobs Bill, but who knows what evil lurks in the heart of the Kenya Kid? Observers find him to be quite as malicious as his predecessor, King George, so much so that my friend Lori Price, editor of Citizens for Legitimate Government regularly lampoons him as Obusha.

Despite the reassuring White House press release, duly regurgitated by the mass media for public consumption, there are unsettling current events that make this presidential appearance in Denver seem like another command post exercise ready to go live for a false flag, world war or both.

The visit occurs after Israel’s favorite goy boy, John McCain, suggested Sunday that an outpouring of American blood could quench Israel’s regional fires, as reported by Haaretz in U.S. Senator McCain: After Libya, strike on Syria may now be considered. Add to this the fact that, six days ago, there was yet another Texas city terror scare, this time in San Antonio. I analyzed it in my weekend article, San Antonio 10-19-11 Terror Plot.

I offer a few points of particular concern for the penetrating reader:

Yesterday Obama was in Las Vegas, where the false flag establishment has a score to settle, and expects Harry Reid to make up for his past failure by helping it do so:

At Sen. Harry Reid’s request, the Obama administration canceled a mock ‘dirty bomb’ terrorist attack exercise in Las Vegas. Critics say the administration is playing politics with national preparedness, but others say a shift to secret surprise tests is a better way to prepare for the worst. — Christian Science Monitor, 3/30/10

Then there is the release last week of a Hamas-captured Israeli soldier:

The number 477 is a numeric harmonic, a variation, of the $447 billion in the Obama Jobs Bill. It’s likely that the Israelis have encrypted a go code for a false flag and world war even as they have removed their boy from the reach of the expected Hamas backlash. 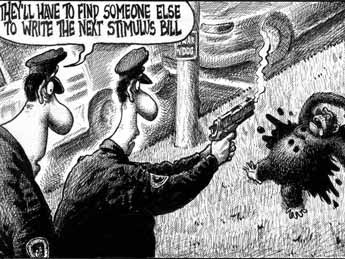 The only other time Barack Obama came to Denver with an economic agenda was on Feb 17, 2009, for the signing of the Stimulus Bill, of which the Jobs Bill is a close cousin. Few recall that within a day of his mile-high triumph he was looking at a cartoon brutally depicting him as a chimp, shot dead for his Stimulus Bill failure. How could this be?

I answered the riddle in a 2010 article: the Stimulus Bill then, like the Jobs Bill now, was a code, the underlying reality of which was a diabolic deal with world finance to nurture the ruinous national debt in exchange for a false flag attack on America. Thanks to a vigorous Internet Resistance, we prevented a Chicago attack then. Let’s pray that we can do the same for whatever U.S. city is now the target of treason.