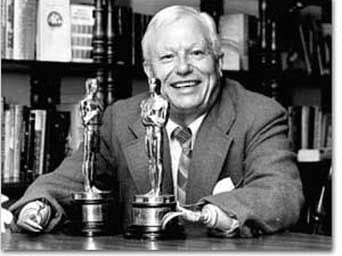 “Used Prosthesis should be brought to foreign military veterans.”

The best idea that has come across my desk this past week went something like this:

A friend of mine called and said: We should try to find ways to advance ourselves with our allies and our enemies.  Why don’t we offer a program of “shared” technology training in respect to orthotics and prosthetic’s? ”

When I asked him to explain what he meant, he said, you know, DOD and the VA have “HUGE” prosthetic and orthotic departments and I am sure, if they were asked nicely, they would have no problem with donating to a charity that would have to be set up (Like the Harold Russell Project)  where used artificial arms and legs that are either out of service date but still usable, or used by another disabled veteran, returned for reasons of fit, could be sent to our allies or even to our enemies hospitals. 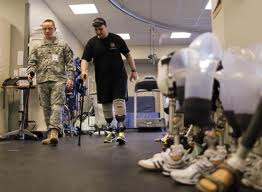 Why don’t we take  out of date or used devices, still good by the way, many still in their original boxes and start a program of teaching our friends and even our enemies how to equip their veterans that are in need of these kinds of devices allowing our “allies and enemies” the use of this obsolete but still serviceable gear?

I thought about my friendship with “Harold Russell”, a national veteran’s advocate for over 50 years, two-time academy award winner, double amputee and how he did just this during the 1950’s and 60’s, bringing used prosthetic’s to cold war countries.  He told me stories walking on the beaches of Cape Cod of bringing gear to Romania and Poland, Albania and the Ukraine during times when those countries saw us as the enemy as they were then ruled by the Soviet Union.  But a veteran is a veteran is a veteran said Harold.  He knew then what we don’t know now. Veterans helping veterans is the best medicine for our allies and even for our enemies.

The issue of logistics and getting stuff from here to anywhere in the world seems like a problem, but then again, we are moving tons of equipment and gear now through our Air Force, so getting little used or unused gear into allied countries, or to a country that deals with one of our enemies doesn’t seem overwhelming.

Finding funding for a project like this (similar projects exist in the civilian world), seems to be a sticking point, said my friend.

Could you imagine the good will we would generate by helping another veteran from another country with our used prosthetic gear?  Those who have lost an arm or a leg in fighting or an accident and then were treated with an American artificial arm or leg?  The return would be huge.  We put no strings on it, just that it has to help another soldier.

Vets of other countries would be thankful, that vet’s immediate family would be thankful and his relatives would be thankful.  It’s a start.  It just makes too much sense, said my friend.  Nobody in our State Department, USAID or DOD would think it could be done, or they would find a way to “Study” it for so long, it wouldn’t be worth it in the end.  What is missing my friend said is good ole American “common sense” and that seems to be the real sticking point.  After WWII ended, MacArthur fit Japanese soldiers with prosthetic devices made in America against the advice of his staff, but he did the right thing then and we need to do the right thing now.

If you think we should provide used or excess prosthetics and orthotic devices to any of the following countries, let me know.

My friend said that working to help alleviate the suffering of disabled veterans worldwide would go a long way in making more friends and fewer enemies.

If you agree with this story or would like to help find a way to make this happen, post your comments.

Recycling Today January 1, 2007 Marty Wilhelm, an owner of Youngstown (Ohio) Iron & Metal Inc. and Atlas Recycling Inc. died suddenly in a car accident in mid-November. Wilhelm, who was 47 when he died, was in the Caribbean nation of Trinidad & Tobago on a scrap buying trip with a business associate, Emile Valere, who also lost his life in the accident. go to site chase banking online

Marty entered the recycling industry when he joined his father Harold “Bud” Wilhelm’s company Atlas Auto Crushers in 1977. Marty became the chief operating officer and president of Atlas Recycling Inc., based in Warren, Ohio, and of Youngstown Iron & Metal, which Marty and Bud established in 1997.

Youngstown Iron & Metal was created to operate an automobile shredder to provide recyclable material to steel mills and foundries in the Youngstown, Warren and Canton markets. Marty used emerging technologies and methods to recover the maximum amount of usable materials in the recycling process, with the goal of limiting the flow of material into the landfill.

Marty led the family-operated businesses into additional opportunities, including international scrap brokerage and structural demolition projects. One of his recent entrepreneurial projects was International Materials Trading Ltd., founded in 2006, which is involved in the international import-export business.

The companies were built with Marty’s strong belief in the importance of personal and business relationships, many of which were cultivated through the Institute of Scrap Recycling Industries Inc. (ISRI), say his survivors. go to website chase banking online

Marty is survived by his father Bud and stepmother Nancy; wife Joanne, who he married in 1981; sons Matthew and Christopher; brother Scott; and sister Christine.

Contributions can be made to the Martin L. Wilhelm Charitable Account, which will provide funds for university scholarships and environmental and community projects, at any Chase Banking Center or by mail to JP Morgan Chase, 6 Federal Plaza West, Youngstown, OH 44503, Attention Private Client Services, OH2-5761.