Home Government Support and Vote for a Real Change 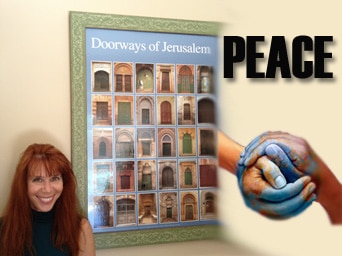 “The Peace of the World begins in Jerusalem.”

Rev. Theodore Hessburgh, president emeritus of the University of Notre Dame, spoke those words at the end of my first 16 Days in Israel Palestine in 2005.

In pursuit of that goal, I founded WeAreWideAwake.org three weeks after that first of seven trips to the Holy Land.

On 7 January 2012 I established www.eileenfleming.org

Vote for a Real Change: Eileen Fleming for House of Representatives 2012, District 5 Florida

I have written three books and hundreds of articles seeking a change in US policy and a just peace in the Middle East which can be read at WeAreWideAwake.org

I also began to dream of serving in the US House of Representatives shortly after my first trip to Israel and occupied Palestine and on 7 January 2012, established this site dedicated to that end.

I registered as an independent at 18 years of age and have voted for democrats and republicans. I share some common ground with both and also dissent from much.

I am a ‘no party affiliation’ candidate of conscience for US House of Representatives who holds “these truths to be self-evident: That all [people] are created equal; that they are endowed by their creator with certain unalienable rights…that, to secure these rights, governments are instituted among [people] deriving their just powers from the consent of the governed; and, whenever any form of government becomes destructive of these ends, it is the RIGHT of the people to ALTER or to ABOLISH it.” -July 4, 1776, The Declaration of Independence.

Whereas; For to whom much is given, much more is required; If elected I commit to donate ALL of my take home pay after taxes and work related expenses as a U.S. Representative to help fund Habitat for Humanity Homes for qualifying single parent families throughout the District I serve.

Whereas; I have written three books and hundreds of articles expressing my Global Point of View, in a nutshell I commit to holding this Nation to its Obligations as a Member State of the UN Universal Declaration of Human Rights. Read more… The Following Topics with more to come @ www.eileenfleming.org