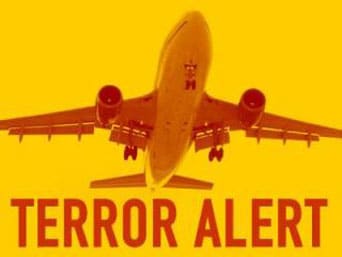 Last week JetBlue Flight 191 had taken off from New York and was en route to Las Vegas when Captain Clayton Frederick Osbon, the pilot, began yelling. Alarmed passengers heard his frantic warnings of a bomb planted onboard, somehow connected to Iran, Iraq and Afghanistan.

Clearly It was a terrifying trip, whether you believe the official story that the pilot simply freaked out, or suspect that there was an official effort to stage a false flag terror event. The latter possibility isn’t merely conspiracy theory, it is conspiracy history. According to declassified details of Operation Northwoods, 50 years ago the Joint Chiefs of Staff proposed false flag attacks against both U.S. civilian and military targets on air, land and sea to provoke us into a war with Castro’s Cuba, which was to be blamed for the mass murders of American citizens.

JFK, who rejected the plan, was assassinated and replaced in 1963 by LBJ, whose administration staged the 1964 Gulf of Tonkin Incident to provoke us into a war against Vietnam. The same LBJ refused to defend the USS Liberty when it was viciously attacked by Israeli air and sea forces during its 1967 Six Day War, launched against its Arab neighbors three days earlier. The Liberty Incident was a textbook false flag operation, in which the Johnson administration was prepared to join the Israeli war by attacking Egypt, the nation that it intended to blame for the false flag.

Apropos of JFK’s assassination, I stand with the three-quarters of the American people who share the “conspiracy theory” that the government and media haven’t told us the truth about it. Every one of us has his or her favorite clue, excepting scholars like my Veterans Today colleague Dr. James Fetzer, a former Marine Corps captain who has courageously cooperated with me on dangerous counter-false-flag missions. Jim has researched and written so much about the Kennedy conspiracy that he would probably be hard-pressed to single out a most compelling clue. As a linguist and a layman, though, my foremost factoid from JFk’s fatal day in Dallas is verbal. I can’t imagine why Texas governor John Connally, who was stuck by the first bullet to pass through Kennedy, would immediately exclaim “Oh my God, they’re going to kill us all!” — unless he presupposed that they were not going to kill all of the people in the car. His suspicious outcry came just after JFK clutched his throat, and just before his head exploded, With it, the governor became both the first conspiracy theorist and the foremost witness of the assassination.

I adduce the Connally exclamation because it is an eerie precursor of Captain Osbon’s exclamation onboard JetBlue Flight 191:

What did.Captain Osbon discover that so unnerved him? The official position that he simply freaked out is bizarre at best. It’s more likely that Flight 191 was participating in a terror exercise, and that its pilot discovered, to his horror, that the exercise was going to “go live” as a false flag operation. This would explain the references to Afghanistan, Iraq and Iran. 911 made wars against Afghanistan and Iraq possible. Might the downing of Flight 191 have been intended as the necessary provocation for a war against Iran? In light of modern American history, it’s insane to not consider that possibility.

My perspective on Captain Osbon’s state of mind is unique, insofar as I am the commanding officer of Ghost Troop, the well-known cyber militia unit widely credited with preempting false flag attacks against Houston, Chicago and Portland. The first of our missions of was described well in a Sunday article by Major William B. Fox, a former Marine: 8th Anniversary: How Ghost Troop Stopped a BP Nuke.

Major Fox was generous in presenting my methods without my mania. I defy anyone, though, however brave or brazen, to see a false flag targeting his home town and not freak out, even though he may continue to forge ahead, as I did, to try prevent it. I was operating under threats by the FBI, dismissal by the Secret Service, cautious cooperation by Houston Police Department CID and contempt by many of my media colleagues.

Most galling of all were Alex Jones, who interviewed me ten days before the BP explosion; John Stadtmiller, who interviewed me the day after the false flag; and Ron Paul, on whose home turf the attack occurred. All three of these reputed lions of liberty caught yellow fever at crunch time. Jones and Stadtmiller threw away the interviews and, if asked about me and Ghost Troop, rabidly replied that we were COINTELPRO. As for Ron Paul, whom I had known since my days as an NBC editorial writer, he became deaf, dumb and blind.

Two years after Ghost Troop’s first counter-false-flag mission we again sounded the alarm in Houston, while Jones and Stadtmiller again attacked us as COINTELPRO. After events validated our efforts, both of them refused to announce or discuss the close call — and Ron Paul continued to play deaf, dumb and blind..

Basing his information on a report from a man claiming to be a former U.S. Army intelligence officer, show host Greg Szymanski reported that the area was likely the target for a government-led nuclear attack. The report quickly made the rounds via e-mail and blog sites.

On Wednesday, people driving along Galveston’s Seawall Boulevard could see unmarked black trucks and sport utility vehicles bearing government license plates near crews setting up what appeared to be satellite or radar gear on the beach. The crews were wearing shirts embossed with the words, “Weapons of Mass Destruction Civil Support Team,” a branch of the U.S. Defense Department. It was enough to get even the most timid conspiracy theorist thinking something was up. — Galveston County Daily News, 2/2/2006

Many of my readers will be aghast at my charge that the major alternative media and politics are not really an alternative at all, but rather an adjunct to the powers that be, and that they are as complicit in setting up the next 9/11 as their mainstream brethren were in setting up the first one. I can only reply that my worst-case assessment was agonizing for me, who was risking his life while they were demonstrating that they were insidious insiders. My story is supported by facts, to which they reply only by name calling.

I suspect that Captain Osbon has learned, as I did, that the onion of reality reeks as you peel back its layers.

To be continued in JetBlue 191 Jumble: Silly Sully Sally

The Independent (London, England) April 19, 1997 | GLENDA COOPER The sister of a woman dying from leukaemia was yesterday reconsidering her refusal to donate life-saving bone marrow to her.

Susan Squires, 34, was said to have denied the transplant to her sister Angela Latham ,34, (pictured) because she was terrified of hospitals. web site bone marrow donation

Doctors had found Ms Squires to be the only perfect match for Mrs Latham after searching a worldwide register of 4 million donors. The sisters who live 500 yards away from each other in Blackpool have not spoken to each other in almost three years after Ms Squires’ phobia of hospitals led her to refuse her sister the chance of a transplant. But after a meeting with Ms Squires yesterday, Mrs Latham’s husband Paul said: “She’s had a bit of a change of heart. At least now she’s thinking about it … We had more conversation in half-an-hour this morning than in the last three years.” Mrs Latham’s leukaemia was diagnosed three years ago and since then she has undergone chemotherapy and is now on daily medication. go to website bone marrow donation

Ms Squires was surprised to learn yesterday that the bone marrow donation could be performed at her home. Dr Si Ahmed, chairman of the Blackpool branch of the British Medical Association, said the operation was quick, safe, involved minimal pain and could be performed outside the hospital environment.

Mrs Latham said: “I think this is a breakthrough. She is petrified of hospitals, but she now knows that she doesn’t have to go into hospital, but can instead go to her GP or to a clinic. I hope she loves me enough to do it.” GLENDA COOPER