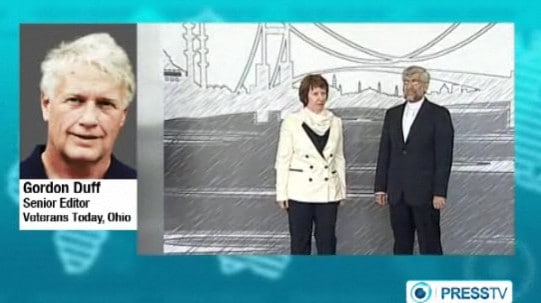 ‘Entire Iran Nuclear Issue – a Theater of the Absurd’

“I can’t help but at times wonder at the insanity of the entire crisis. Our VT nuclear reprocessing and weapons expert, Clinton Bastin, a former Marine officer and 40+ year DOE engineer, had published here a week ago about the absolute impossibility of Iran ever enriching uranium to weapons grade…Bastin added that the inspectors sent to Iran were utterly unqualified to evaluate any real threat.” 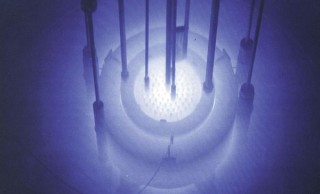 The comment comes as the latest round of comprehensive talks between Iran and the six major world powers of the P5+1 wrapped up in Istanbul on Saturday after a 15-month hiatus.

This is the second time that Istanbul hosts the comprehensive talks between Iran and the P5+1.

Tehran and the P5+1 had held two rounds of talks in the past, one in Geneva in December 2010 and another in Istanbul in January 2011.

According to Ashton, Iran and the P5+1 have agreed on holding their next round of talks in the Iraqi capital of Baghdad on May 23.

Press TV talks with Ohio-based senior editor of Veterans Today, Gordon Duff, to further explore the issue. Below is an approximate transcription of the interview.

Press TV: Thank you so much for being with us Mr. Duff, how do you see the overall significance of this meeting being held in Istanbul?

Duff: I can’t help but at times look at the theatricality of the entire crisis and our staff Clinton Bastion of the Department of Energy, a senior nuclear weapons designer, had written a week ago about the absolute impossibility of Iran ever enriching uranium to weapons grade, explained that the inspectors that were sent to Iran were utterly unqualified.

He has [worked for] 43 years as a nuclear weapons designer; knows all of the individuals involved in this process. We have on our staff many of our own retired nuclear weapons specialists from our military and all of them agree that this entire crisis has been manufactured and there is no reality behind it.

It’s an opportunity for people to begin speaking to each other but the issue I think is a political one to attack Iran to manipulate fuel prices especially within the US and Europe and there is no rationality behind the nuclear claims of the West whatsoever by anyone that has the least education in physics whatsoever.

These people are, we’re told they’re totally ignorant and the would-be scientists are utterly unqualified and we are willing to challenge them personally.

Press TV: You talked about this being political in nature and also you alluded to the fuel crisis right now in Europe. Let’s look at that, how likely then is it because of the situation that is going on in Europe that perhaps those involved will look at this situation perhaps differently than they did a year ago, if the countries themselves involved also look at their own interest and the reality on the ground isn’t it more likely that there is a possibility that perhaps there could be some progress in these talks.

Duff: Well, it would be good to see progress but the rational has to be a regional progress that the only real replacement for the enmity that’s going on would be a regional trade zone that has expanded all the way from India through Pakistan, Afghanistan, Iran and Turkey and that would create a regional economy.

Those developments are going through as we speak; the US is trying to leave Afghanistan- a not only hopeless war, Afghanistan needs to be stabilized by having stable neighbors around her, and Pakistan is far from stable.

And of course there are the double-standards that they are being allowed to have nuclear weapons; have them openly threaten people with them and Iran that has no programs at all is being threatened with war.
It’s not that all of us don’t notice this; it’s that so many of us are noticing it now and the story no longer works.

Press TV: You are saying the story no longer works; what does that mean exactly? Do you think that these Western countries that were reaching a point soon will be separating themselves from the interests of the Israelis and looking more at the interests of Washington, of London, of Paris- are we close to that?

Duff: Here we have a duality in the United States, we have a congress that is very beholden to a Israeli lobby- that donates thousands of dollars to their election.
And yet we have a president in the United States and [the highest ranking military officer in the US Armed Forces] a Chairman of our Joint Chiefs of Staff (CJCS) that are openly opposed to the [right wing] Lukudist rule in Israel; and are distancing themselves increasingly from Israel; and that are under continual attack.

If one wonders why and here this is domestic news but we have continual attacks against President Obama and they are orchestrated by Israeli citizens living in the US, billionaires who are spending their fortunes to try to unseat President Obama and frankly there is no candidate thus far running against him.