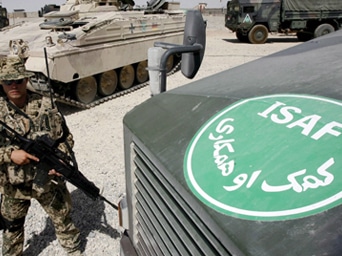 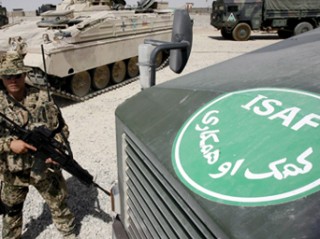 Among the seven agreements made by Gen Musharraf with Washington in September 2001, free passage of NATO containers from Karachi Port to Afghanistan via Torkham and Chaman and also air supplies were included. But for the supply routes, the ISAF couldn’t have sustained war on terror in Afghanistan and also conducted covert war against Pakistan for such a long period. In spite of free flow of massive supplies plying daily, the ISAF started sinking into the quagmire of Afghanistan because of stiff resistance put up by Mullah Omar led Taliban and al-Qaeda from 2008 onwards enabling them to make southern and eastern Afghanistan into their strongholds and pushing ISAF on the back foot.

Troop surges made by USA failed to contain resurgence of the Taliban. From 2010 onward, battle casualties and cases of mental disorders and indiscipline of ISAF rose sharply. Critical security situation in Afghanistan coupled with mounting domestic pressure to bring home US troops, growing unpopularity of the war, downslide in economy and 2012 as election year impelled Obama to announce drawdown plan, starting July 2011 and finishing by end December 2014. He directed Pentagon to expedite training of Afghan Army and Police so that security duties could be handed over to them. He also directed his political section to establish contacts with Taliban and work out a negotiated political settlement. Efforts were made to befriend Taliban leaders and convince them to get detached from al-Qaeda which had been the principle source of their woes.

Hamid Karzai, his half-brother Wali Karzai and Burhanuddin Rabbani were also encouraged to play their part to woo as many Taliban leaders. They might have succeeded in convincing Taliban Shura to accept Karzai’s offer of preferring peace over violence and sharing power with Northern Alliance. However, America’s three conditions of renouncing violence, severing ties with al-Qaeda and accepting US drafted western model democracy impeded reconciliation efforts. Opening of backdoor secret channels to induce and bribe moderate as well as hard line Taliban leaders with a view to isolating Mullah Omar were other factors which made the Taliban wary. In other words, the spoilers hypocritically worked on the strategy of dividing the Taliban to weaken them and then negotiating from position of strength. The military hawks didn’t sheathe the military prong since they felt that without using this instrument they may not be able to achieve their objective.

Meetings of Taliban with US officials were held twice in Munich and once in Doha between November 2010 and May 2011. UNSC separated the ‘1267’ joint list of names of members of al-Qaeda and Taliban as a move to win over Taliban. Process of reconciliation suffered a setback after military targets in Wardak and Kabul were struck and Burhanuddin murdered by Taliban in September 2011. Flummoxed by the ever growing power of Taliban and not knowing how to contain it, spin doctors of ISAF started fabricating excuses to hide poor performance of US military. The US gave vent to its enragement by throwing the blame at the doorsteps of Pakistan and making it the scapegoat. From 22 September onward, the US officials kept firing salvos at Pakistan relentlessly and also stepped up their efforts to woo the Taliban. The breakthrough achieved in Doha retarded as a consequence to series of events taking place in Afghanistan in first quarter of 2012. Acceleration of night raids together with incident of burning of copies of Quran in Baghram base and killing spree of Sergeant Bales heightened anti-Americanism and impelled the Taliban to discontinue negotiations. Multiple attacks in Kabul on April 15 were retaliatory acts.

Strains in Pak-US relations had started appearing from 2010 onwards because of hawkish behavior of the US officials, their never ending do more mantra, leveling of baseless allegations against Pakistan and propaganda campaign by US-Western media. Relations became frostier after Raymond Davis episode, Abbottabad assault and Mike Mullen’s invectives after Kabul attacks by Taliban, but broke down after unprovoked attack by NATO helicopters at Salala on 26 November. America’s ever growing involvement in internal affairs, presence of Blackwater, Dyncorps and CIA network, drone war and its heavy leaning towards India in disregard of Pakistan’s security concerns and appeasement policy of our rulers had make the people highly resentful. Accumulated pent up ill-will made the rupture imminent and call for severing relations with USA and terminating US sponsored war on terror became louder.

Mounting public anger and Army’s pressure compelled the government to hesitatingly take tough measures so as to curb America’s unbridled intrusions. It also set up a Parliamentary Committee on National Security to revise terms of engagement with the US, NATO and ISAF. Of all the measures taken by Pakistan, closure of NATO supplies hurt ISAF the most since it affects its operational efficiency and also CIA led covert war against Pakistan. Instead of mollifying Pakistan by offering an apology and promising compensation to the families of victims, the US behaved snobbishly. It refused to offer apology over Salala massacre and held Pakistan equally responsible. The US was confident that because of precarious socio-politico-economic situation, Pakistan would soon cave in and go back to business as usual. It was sure that the appointed Committee would make recommendations favoring USA. This crude response further vitiated the atmosphere and hardened the stance of Pakistan.

Unlike the poor track record of outcome of parliamentary committees, the Parliamentary Committee under Senator Rabbani worked hard and made further revisions in recommendations because of opposition’s objections. It put up its report to the Parliament containing several well-measured recommendations for debate and decision. Washington eagerly waited for the resumption of supply routes but gave no assurance that drone strikes would stop, or promised that no further unilateral attacks would be undertaken. On the contrary Obama and visiting US official Thomas Nides gave veiled warnings that Pakistan must remain mindful of US security needs. The government which was all set to give a green signal to appease the US had to apply brakes in the wake of intense public protests. The religious forces insist that opening of supplies should be made conditional to cessation of drone attacks and release of Aafia Siddiqui. Taliban from both sides of the border have also asked Islamabad not to feed the killers in Afghanistan. Difa-e-Pakistan Council and Fazlur Rahman warned that supply roads will be physically blocked if the government permits NATO containers to ply.

Finding himself cornered, the PM took the matter to the DCC with a hope of obtaining a favorable decision, but the DCC wisely decided to defer resumption of NATO supplies because of the outrage of the people. The principled democratic course adopted by the government to deal with issues of national importance is encouraging. Skeptics however say that the decision to restore supply lines for NATO has already been taken and will be announced before Chicago meeting next month which will be attended by Zardari. The President and PM must not forget the fact that great majority oppose reopening of transit facility for the ISAF whose intelligence agencies are involved in clandestine operations against Pakistan. Blow back may be severe. Policy makers must also recognize the hard reality that Pak-US interests are at variance and not in congruence and must therefore stop chasing rainbows that the US would treat Pakistan and its sovereignty with respect. We must not forget that the US nurtures sinister designs against our nuclear program. What is needed is to help the ISAF in extricating 130,000 troops, 70,000 vehicles and 120,000 containers via Pakistan’s land routes rather than reinforcing the ISAF and saboteurs and thus adding to the woes of people of Afghanistan and Pakistan.