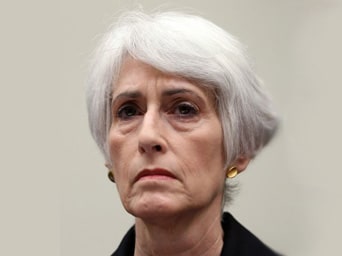 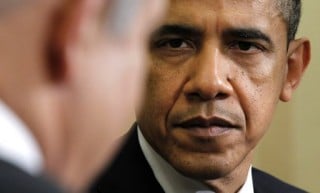 While Iran and the world six powers wrapped up their talks on Thursday in an atmosphere apparently meant to resolve the nuclear issue, US Undersecretary of State for Political Affairs and top negotiator on Iran Wendy Sherman rushed to Tel Aviv to brief the Israeli officials on the new nuclear developments and “reaffirm our [US] unshakeable commitment to Israel’s security.”

The report she delivered to Israeli National Security Adviser Yaakov Amidror and Foreign Ministry Director-General Rafi Barak however turned out to be much to the discontent of the Israelis. According to her report, no progress had been achieved in Baghdad on account of Iran’s refusal to nudge on its inalienable “right” to enrich uranium at low (3.5-5 percent) or high (20 percent) levels or shut down the Fordow site near the city of Qom.

So overpowering and biting was the feeling of anger in the Zionist officials that Israeli Prime Minister Benjamin Netanyahu and Defense Minister Ehud Barak declined to receive the top negotiator on Iran for reasons clearly discernible to the mortified US negotiator and to Washington as well.

There is no doubt that the US government is divided over Iran case: some US officials are in favor of resolving the nuclear dispute over Iran with the full knowledge that there is no diversion towards military use in the country’s nuclear program on the strength of the reports provided by the intelligence agencies in the US: this group is held in extreme Zionist contempt. Yet, a second group constitutes those who are at the becks and calls of the Zionists, politicize Iran nuclear energy program and make every financial, political and security effort to safeguard the interests of the Zionist regime i.e. downgrading or even violating Iran’s inalienable right to the civilian use of nuclear energy.

Although European Union foreign policy chief Catherine Ashton looked at the bright side of the Baghdad talks, said the two sides found “some common ground” and the two sides even agreed to more talks in Moscow on June 18 and 19, US Secretary of State Hillary Clinton downplayed the nuclear talks and said “significant differences” still remain over Iran’s nuclear program:

“As we lay the groundwork for these talks, we will keep up the pressure as part of our dual-track approach. All of our sanctions will remain in place and will continue to move forward during this period. Iran now has the choice to make: will it meet its international obligations and give the world confidence in its intentions or not?”

Apart from the threatening tone of Mrs. Clinton’s remarks that “All of our sanctions will remain in place,” one can clearly see that Washington’s policies are but shrouded in a thick veil of ambiguities and double standards regarding Iran.

Also, in these very words lie some ingratiating suggestions to the Zionists that Washington will not give up its leverage of pressure on Iran as an effective measure and that it will constantly adhere to its unshakeable commitment to Israel under all circumstances and no matter how hard Tehran tries to cast aside the US-manufactured doubts and fears concerning Iran nuclear energy program, Washington will never relinquish its Zionist-friendly anti-Iran policies.

On the other hand, these words convey the impression that Washington is under the diabolical spell of the Zionists and that every step they take is in fact weighed and decided by the Zionist lobby within the US ruling system and as the Persian saying goes, they are not even allowed to drink water without their [Zionists] permission.

The new report released by the UN atomic energy agency on Iran nuclear activities indicates that Iran is following a civilian nuclear program.

However, a new glitch happened in one of the Fordow centrifuges which accidently over-enriched the uranium being processed to the level of 27 percent. The glitch was later clarified on Saturday by Ali Asghar Soltanieh, Iran’s envoy to the International Atomic Energy Agency, who said, “As mentioned in the IAEA report, the issue is a normal technical glitch which is being investigated by experts.” He also said “minor technical glitches” of this nature are also found in the nuclear facilities of other countries.

Even intelligence agencies have recently testified that Iran is not pursuing to build a nuclear bomb. According to an article carried by the Los Angeles Times on February 23, 2012, a most recent report, representing the consensus of 16 US intelligence agencies, indicates that “Iran is pursuing research that could put it in a position to build a weapon, but that it has not sought to do so.”

Echoing the “highly classified” assessment by 16 US intelligence agencies, Israel’s Chief of Staff Lieutenant General Benny Gantz said he does not believe Iran will pursue nuclear weapons after years of efforts made by Tel Aviv and its allies to convince the world otherwise. Gantz described Iran’s leadership as “very rational” who would not do make such a decision. His remarks, which greatly angered the Israeli officials, were later repeated by intelligence and military officials in Israel, indicating a marked rift between the government and the military.

Despite all evidence pointing with full force to the peaceful nature of Iran nuclear program, there are desperate efforts by the Zionists to reflect the reality in a distorting mirror, depict Iran as a nuclear threat, and make its lapdog Washington to slap more sanctions on the country.

As long as Israel breathes down Washington’s neck, there is little hope the nuclear dispute will be resolved once and for all; and the future talks will eventually enter into infinite loop conditions.