Home Veterans Pat Buchanan: “Why This Obsession With Iran?” 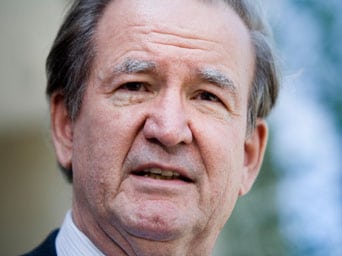 Pat Buchanan was one of Nixon’s top advisors, and has been a leader of the relatively sane wing of the Republican Party ever since. Here is my interview with Pat from last November, along with his latest op-ed, which asks: “Why this obsession with Iran?”

http://youtu.be/9w1BNdsIKXA
I can answer that, Pat: The neocon Likkudniks are obsessed with attacking Iran in order to:

(1) Create a big Mideast war to “flee forward” and avoid prosecution for the crimes of 9/11/2001 and the wars it triggered.

(2) Create a big Mideast war in order to finish the ethnic cleansing of Palestine under “fog of war” conditions. When the fog lifts, there will be no more Arab citizens of Israel and no more Palestinians between the Jordan and the Mediterranean – they will have been murdered or made double-refugees. This is Likkud’s “final solution” to the demographic crisis.

(3) Destroy the most progressive Islamic society on earth – the one that has best balanced Islam with modernity and democracy, that openly calls for an end to Zionism, and that maintains its independence from the Zionists and the Rothschild financial empire behind them.

That’s why the Likudnik Zionist extremists are so hell-bent on attacking Iran. 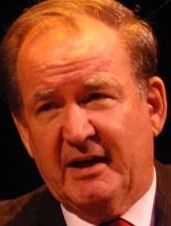 Why This Obsession With Iran?

“Iran is not seeking to have the atomic bomb, possession of which is pointless, dangerous, and is a great sin from an intellectual and a religious point of view.”

Thus did supreme leader Ayatollah Ali Khamenei declare in February that Iran’s possession of atomic weapons would be a mortal sin against Allah.

It is also the unanimous judgment of the U.S. intelligence community, declared in 2007 and affirmed in 2011, that Iran has abandoned any program to build nuclear weapons.

Is the ayatollah lying? Is the entire U.S. intel community wrong?

Iran’s plants at Natanz, where uranium is enriched to 5%, and at Fordow, where it is enriched to 20% — both below weapons grade — are under constant U.N. monitoring. Iran has offered to surrender its 20% uranium and cease enriching to that level, if the West will provide isotopes for its nuclear medicine and lift some of the more onerous sanctions.

No deal, says the United States. Iran must give up enrichment entirely and indefinitely.

This is the sticking point in the negotiations. Iran contends that as a signatory to the Nuclear Non-Proliferation Treaty, she has the right to enrich uranium for peaceful purposes. On this, the Iranian people stand behind their government.

Should this deadlock be a cause for war?

The whole process would take longer than a year, perhaps several. We would learn about it and have time to exercise a military option long before it came to pass.

The Israelis, with hundreds of nuclear weapons, would probably have learned about it before us. And, fearing Iran more, they would not hesitate to use what they have to prevent an atom bomb in Tehran.

Comes the retort: President Mahmoud Ahmadinejad is a certifiable fanatic who has threatened to wipe Israel off the map. He cannot be allowed to get anywhere near a nuclear weapon.

Yet whatever Ahmadinejad said years ago, and that remains in dispute, he does not control the military, he does not decide on war, and he leaves the presidency next July and heads back to academia.

Is America afraid of Mahmoud Ahmadinejad?

Where, then, is the mortal threat to justify the U.S. preparations for war with Iran described in the national press this week?

The Financial Times‘ Gideon Rachman argues that our obsession with Iran is obscuring a far greater potential threat.

Pakistan possesses perhaps 100 nuclear bombs and is building more, and anti-Americanism there is far more rampant than in Iran. He writes:

Pakistan provided nuclear technology to North Korea, Libya, and Iran itself. It came dangerously close to nuclear conflict with India in 1999. As for terrorism, Osama bin Laden was actually living on Pakistani soil for many years, and the tribal areas in Pakistan are still al-Qaeda’s most important base.

Pakistan was also the launch pad for the terrorist attacks in Mumbai in 2008, in which 164 people were killed. Although Pakistan’s government condemned the attacks, there is strong evidence that the terrorists had links to Pakistan’s intelligence. If the Mumbai attacks had been launched from Iran, the West would be shouting about “state-sponsored terrorism.”

Seven in 10 Pakistanis regard America as an enemy. And the drone strikes ramped up by President Obama, which have taken the lives of many innocent Pakistanis, have increased the animosity.

Yet, U.S. planes and warships are heading into the Persian Gulf, as 44 U.S. senators have urged the president to break off talks with Tehran, toughen the sanctions even further, and prepare for war.

Meanwhile, Iran is testing missiles that can hit Israel and U.S. bases, and its large fleet of missile boats is exercising in the Gulf.

Otto von Bismarck said that preventive war was like committing suicide out of fear of death. Are we Americans headed for yet another unnecessary war?

In 1959, President Eisenhower invited Nikita Khrushchev, the Butcher of Budapest, to the United States for 10 days of touring and talks. In 1972, Richard Nixon traveled to Beijing to toast and talk with Chairman Mao, who was responsible for the deaths of tens of millions of Chinese and tens of thousands of Americans in Korea. Ronald Reagan sought constantly for an opportunity to sit down across from the rulers of the “evil empire.”

Iran is not remotely in that league, either in crimes attributed to the regime or any actual or potential threat to the United States.

Have we no statesmen who can sit down, like Reagan at Reykjavik, and negotiate with Iran’s leaders for verifiable guarantees that she is not moving to nuclear weapons in return for something approaching normal relations?

If we could sit down with Stalin and Mao, why are the ayatollah or Ahmadinejad so far beyond the pale? Can we just not handle that?