Home Veterans Talking Truth About Assange and Vanunu by Noble Laureate and a Candidate... 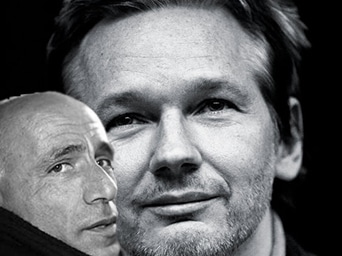 In this morning’s email was one from Nobel Laureate Maired Maguire who wrote:

Thanks for all your continue to do for Mordechai’s freedom.

I would be grateful if you could please circulate to your

press contacts. [The following letter calling for JUSTICE for Assange]

YES I said, but I must add three points

1. Before Manning and Assange: There was and is Vanunu Mordechai
Read more…

3. America is a member state of the UN UNIVERSAL DECLARATION of HUMAN RIGHTS and Article 19 affirms:

Everyone has the right to freedom of opinion and expression; this right includes freedom to hold opinions without interference and to seek, receive and impart information and ideas through any media and regardless of frontiers. Read more…

As concerned citizens of the World know, the Editor-in-Chief of WikiLeaks, Julian Assange, is currently inside the Ecuadorian Embassy, in London, having gone there to ask for Political Asylum. I would add my voices to that of many people of conscience, around the world, in urging President Correa to grant political asylum to Julian Assange.

The British courts shamefully refused Mr. Assanges’ appeal against extradition to Sweden, where he is wanted for questioning accused of sexual molestation (no criminal charges have been made against him). Mr. Assange has said he is willing to answer questions relating to accusations against him, but to do so in UK. He has good reason not to want to be extradited to Sweden, as he could find himself imprisoned in solitary confinement, and then very likely extradited to an American Prison.

American Media has reported that the US Justice Department and the Pentagon conducted a Criminal investigation into ‘whether Wikileaks founder Julian Assange violated criminal laws in the group’s release of government documents, including possible charges under the Espionage Act.”

Mr. Assange’s only crime is he cared enough about people to respect their right to truth, had the courage and bravery to print the truth and in the process embarrassed powerful Governments. The Wikileaks release of thousands of US State Department Cables, and of the video footage from an Apache helicopter of a 2007 incident in which the US military appears to have deliberately killed Civilians, including two Reuters Employees, revealed USA’s crimes against Humanity. For this ‘truth telling’ he is inherited the wrath of the US Government, and has been targetted in a most vindictive way, (as has Pt.Bradley Manning). (I supportWikiLeaks right to publish leaked information, as it is in the interest of the public and their right to know. Wikileaks were not the leakers or whistleblowers but an on-line news media).

Many believe there are those in high places ,who not only wish to punish Assange for outing them, but as a warning to others to remain silent,and who will not rest until Assange is behind bars in USA and there are even some American politicians who have put Assange’s life in grave danger by calling for him to be assassinated.

It is ironic that Assange’s basic Human rights have been breached, when he as a journalist worked for peoples right to freedom of speech, and a free press. The Australian, Swedish and UK Governments have a responsibility to see this ‘man of courage’ be treated fairly and with justice and be allowed to tell his story in the UK when he can prove whether the incompetent and contradictory accusations against him are true or false.

We, as world citizens, need to support Julian Assange who tried to protect the innocent by outing the perpetrators of war crimes and crimes against humanity, and it is they who should, one day, be made accountable for their crimes.

It must also be remembered if Assange ends up in an American prison for a long time, in grave danger to his life, and maybe even the death penalty, we all have to ask the question ‘Who next?’ and ‘where goes freedom, human rights and justice?’.-Mairead Maguire (www.peacepeople.com) 17.7.2012

I am Eileen Fleming for US HOUSE and I approve of all of my-and Mairead Maguire’s messages!