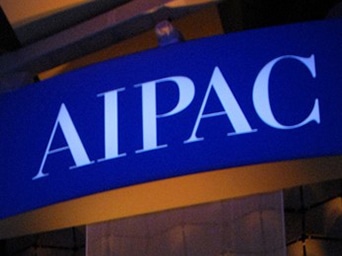 For more than 50 years, AIPAC has been working in Congress “to improve and strengthen that relationship by supporting U.S.-Israel military, economic, scientific and cultural cooperation.”

On Tuesday AIPAC “applauded” The House’s passage of the U.S.-Israel Enhanced Security Cooperation Act of 2012—which the Senate approved on 29 June 2012.

The bill will now go to President Obama for his signature to “strengthen the U.S.-Israel relationship in the fields of missile defense, homeland security, energy, intelligence, and cyber-security (read the bill summary).”

In the August 2012 edition of The Washington Report on Middle East Affairs, among the Top Ten Career Recipients of Pro-Israel PAC Funds include:

Among the bills ‘talking points’ are:

Encouraging Israel’s neighbors to recognize Israel’s right to exist as a Jewish state.

Urging the administration to veto any one-sided anti-Israel resolutions at the U.N. Security Council.

As a candidate of conscience for US HOUSE, I reiterate:

During Operation Cast Lead, the UN Security Council, Amnesty International, International Red Cross, and global voices of protest rose up and demanded a ceasefire, but both houses of Congress overwhelmingly endorsed resolutions to support a continuation of Israel’s so called “self defense.”

During those 22 days of Israel’s assault on Gaza, “Washington provided F-16 fighter planes, Apache helicopters, tactical missiles, and a wide array of munitions, including white phosphorus and DIME. The weapons required for the Israeli assault was decided upon in June 2008, and the transfer of 1,000 bunker-buster GPS-guided Small Diameter Guided Bomb Units 39 (GBU-39) were approved by Congress in September. The GBU 39 bombs were delivered to Israel in November (prior to any claims of Hamas cease fire violation!) for use in the initial air raids on Gaza.” [1]

President Harry Truman crossed out the word “Jewish state” on the draft of the Establishment of Israel that was cabled him and substituted “State of Israel” which he affirmed was contingent upon Israel upholding the UN Universal Declaration of Human Rights: Read more…

“Aside from the core issues—refugees, Jerusalem, borders—the major themes reflected in the U.N. resolutions against Israel over the years are its unlawful attacks on its neighbors; its violations of the human rights of the Palestinians, including deportations, demolitions of homes and other collective punishments; its confiscation of Palestinian land; its establishment of illegal settlements; and its refusal to abide by the U.N. Charter and the 1949 Fourth Geneva Convention Relative to the Protection of Civilian Persons in Time of War.”[2]

After the dot-com bubble burst in 2000, Israel’s economy was devastated, but then came 9/11, and “suddenly new profit vistas opened up for any company that claimed it could spot terrorists in crowds, seal borders from attack and extract confessions from closed-mouthed prisoners…Many of the country’s most successful entrepreneurs are using Israel’s status as a fortressed state, surrounded by furious enemies, as a kind of twenty-four-hour-a-day showroom–a living example of how to enjoy relative safety amid constant war…Israel now sends $1.2 billion in defense products to the United States—up dramatically from $270 million in 1999…That makes Israel the fourth-largest arms dealer in the world…Much of this growth has been in the so-called ‘homeland security’ sector. Before 9/11 homeland security barely existed as an industry. By the end of this year, Israeli exports in the sector will reach $1.2 billion–an increase of 20 percent. The key products and services are …precisely the tools and technologies Israel has used to lock in the occupied territories. Israel has learned to turn endless war into a brand asset, pitching its uprooting, occupation and containment of the Palestinian people as a half-century head start in the ‘global war on terror.'”[3]

On page 147 of The 9/11 Commission Report notes that, “By his own account, KSM’s [Khalid Sheikh Mohammed’s] animus toward the United States stemmed not from his experiences there as a student, but rather from his violent disagreement with U.S. foreign policy favoring Israel.”

Before that day we call 9/11, I was apolitical; but because of THAT DAY and This 9/11 I am now a candidate of Conscience for US House: an American Patriot first who knows she is also a Citizen of the World and a Child of the Universe.

It was 9/11 that compelled me to learn why did a few-and back then it was but a few-people in the world hated Americans so much that they could cold bloodedly murder innocent people.

I also wanted to do some good in the world and that lead me to the now defunct interfaith Olive Trees Foundation for Peace which was dedicated to raising awareness about the now over one million fruit bearing trees destroyed by Israel’s Wall under the claim of “SECURITY.”

Please view this video about those Trees

It is because of the children there is “something inside that’s so strong” I have been to Israel Palestine seven times since 2005, to learn and write in an effort to Wake Up Americans to once again hold “these truths to be self-evident: That all [people] are created equal; that they are endowed by their creator with certain unalienable rights…that, to secure these rights, governments are instituted among [people] deriving their just powers from the consent of the governed; and, whenever any form of government becomes destructive of these ends, it is the RIGHT of the people to ALTER or to ABOLISH it.” -July 4, 1776, The Declaration of Independence.

As this video attests PASSION for JUSTICE and the COURAGE that comes from CONSCIENCE is Universal and We Will Not Back Down and We Will Not SHUT UP until Gaza-Palestine is FREE and ALL the people of Israel Palestine are equally secure and free: