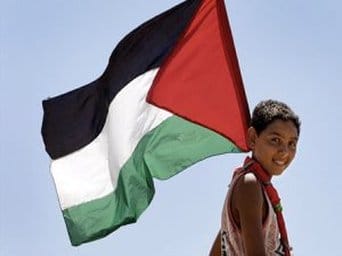 When people get rattled they always tend to make poor quick decisions. We are now seeing a pattern of this as the Israeli lobbies are openly exposing themselves as agents for a foreign government. Guess Who?

Australia, like Britain could easily be described as under the political heels of their respective Jewish lobbies. Canada is worse. It is totally occupied.

It took foreign intelligence operations many years of work to do this as you have to neutralize the country’s counterintelligence and judicial systems from prosecuting you. This is always done via political espionage along with the old fashioned blackmail.

Politicians are well known for having well stocked scandal closets. There is no sealed record that the Lobby people cannot get. A  juvenile problem you had when you were 13 with an 11 year old girl, a son’s date rape case handled quietly, a sealed divorce record, medical records…the Lobby people can just dial in a request to Israeli Intel and they will have it to them in week. Welcome to the real world.

Australian Prime Minister Julia Gillard has a long record of being in the Israeli Lobby bag. So many are, there it is not even a negative taint any more. On the contrary, if you are not, that taints you.

But something strange is going on now. It seems her cabinet is showing a desire to get out from under the Lobby boot heel on their necks with an abstention on today’s Palestinian UN vote.

The bullies know a landslide majority will vote with the Palestinians, so they have moved on to damage control.

In the process they have revealed their major Achilles heel, one that had been out there all this time but ignored due solely to the spinelessness of Western jurisprudence.

The militant Iraelis are terrified of being dragged into the Hague for a series of War Crimes  and Crimes Against Humanity charges, the proceedings for which could easily go on for a decade.

They also know that it would be open season payback time, as all the Intel agencies, the retired people who took classified material home on proof of Israeli crimes which other governments aided and abetting in hiding from prosecution. All of this material would flow out like a dam break.

We have seen the U.S. and Britain doing back flips, not to keep the PA out of the UN, but to not let them have legal status to even pursue Crimes Against Humanity charges against individual Israelis.

For the U.S. to have been engaged in the scale of obstruction of justice like this is a stain that will never wash out. One could easily call this Israeli War Crimes Denial.

Democrat and Republican administrations have both allowed this to go on, and Veterans Today will debate anyone they would want to sacrifice that the policy severely hurt our national security and we, especially our military, have been paying for it dearly. But we are not alone.

No western country prosecutes Israeli espionage operations, making massive recruiting a piece of cake.  No one is afraid to work with them. On the contrary, it is consider smart business in most places.

As you will read below, the Austrailain Jewish Lobby is demanding a meeting with PM Gillard in a very public attempt to show the Austrailian people who really rules their country in these matters. This is the poor quick decision I refered to above. Why?

Because they did it in conjunction with the Israeli Embassy counter attack, without any pretense they were voicing concerns as Australian Jews, or stretching it, dual citizens…but as Israeli agents.

I have never accepted the concept of dual loyalty with the Lobby people. They obviously have one loyalty and demonstrate that over and over.

The Lobby polls refute this, and of course their respondees are just lying. What pro Israeli Jew would admit in a poll that their primary loyalty was to Israel? Would that make exploiting their host country easier or harder?

The intelligence community has considered militant Judaism and Zionism to be major national security threats for decades.  As I said above, political espionage and corruption have cut our counterintelligence people off at the pass at rolling up the Israeli networks and their ‘helpers’. The result would include a large number of prosecutions not only in the political establishment, but the judicial and military, also.

We have strong indications that a military house cleaning is in progress, and Obama has extended it to all branches of government. See Gordon Duff’s recent work on how American corporate media is totally ignoring this historical presidential directive.

Who am I talking about?…well known members of Congress,  including some very high up ones and past White House executives. The same situation exists in Canada, Britain, and Australia to varying degrees. But what could be a huge surprise, that no one saw coming, is that Australia could be the first to get off it’s knees and explain to this small group of disloyal citizens, that:

“No, we are no longer going to reward you 50 to 100 times the influence of your fellow Australian citizens. There is not a bus that long for them to go to the back of. It’s time YOU went to the back of the bus, those of you who aren’t going to jail.”

I am not hyping the jail part either. There is a little thing called data-mining, which you never hear much about. It can snag up 99% of these folks as they have been sloppy in the first place, feeling they were non prosecutable, and thus have huge communications and transactions records waiting to be mined. How long does this take to do, for a person?…a day or two.

There would be some jurisdiction issues, particularly on foreign collected material. But because many of these Jewish Lobbies do have their host countries constantly under attack, a good case could be made for using anti-terrorism laws to prosecute them.

Ask any intelligence officer who people in power are more afraid of…the cartoon character terrorists that we are presenting in the ongoing War on Terror Kabuki theater or the Israeli Lobby people. What do you think those who are not Christian Zionists would say?

*** News just in.  Hague says Britain may abstain from UN vote. Looks like the campaign to explain they would all embarrass the concept of self determination by voting against the Palestinians may be working.

Oops…a call holding now from the White House on the other line. I have to give Obama a back channel offer from Abbas that he will agree to a no first nuclear strike policy with the U.S. if Susan Rice will vote for their UN admission today.

Australian PM under fire for stance on Palestine UN upgrade 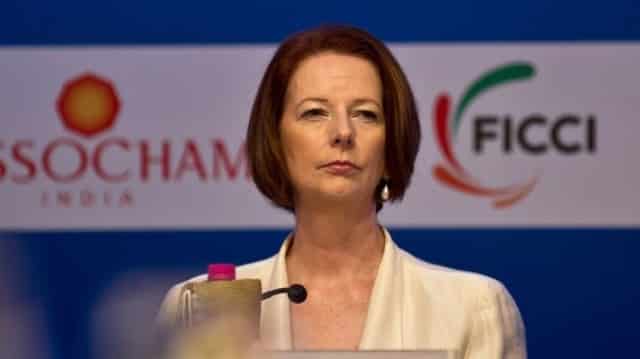 Australian Prime Minister Julia Gillard has come under heavy pressure from Jewish and pro-Israeli groups after announcing that Canberra would abstain from a vote for the upgrading of the status of Palestine at the UN.

Australia’s Jewish groups have demanded a meeting with the premier to express their anger over her decision and to urge her to vote against the bid which would upgrade Palestine’s status at the UN from “observer entity” to “observer state.”

The observer state status will grant Palestinians access to UN agencies and the International Criminal Court, where they could file formal complaints against the Israeli regime.

Reports say that the Israeli embassy in Canberra was also angry with Gillard’s decision.

On November 26, acting Palestinian Authority chief Mahmoud Abbas submitted a draft resolution to the UN General Assembly, requesting the upgrade. The UN assembly will vote on the bid on Thursday, November 29.

Palestinians need a majority vote from 193 members of the General Assembly to win the bid.

Currently, as many as 150 nations, which already recognize Palestine as a sovereign state, are in favor of the upgrade.

Gillard, a staunch ally of the Israeli regime, had decided to vote “no” on the Palestinian UN recognition, but was forced by her cabinet ministers to vote “yes” or abstain at the UN.

Seeking to blunt negative reaction to her abstention vote, the Australian premier reiterated her commitment to Israel in the parliament on Tuesday.

“We all want to wake up in a world where Israel can live behind secure borders,” she said.

Christopher Pyne, a senior opposition politician, said that Gillard’s abstention vote would be a serious blow to Australia’s ties with Israel.

“One shouldn’t underestimate how dramatic it is that Australia is now abstaining from a vote for the Palestinian territories and the Palestinian Authority to gain observer status at the United Nations,” Pyne said.

Many of the European Union states, including Austria, Denmark, France and Spain, are expected to support the Palestinian bid at the UN.