Home Life The People of Donbass have something to say 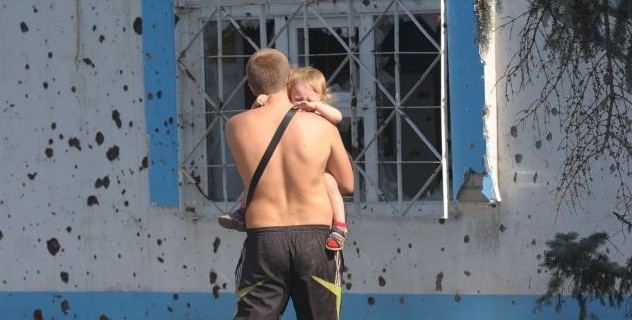 The People of Donbass have something to say

“Why?  What did we do to you to deserve this, America and EU?”

[ Editor’s note: The East Ukrainians are getting their public relations in gear. This was a power piece, no narration needed, as the message is clear.

As Americans, we are faced with a simple decision. We can whine on the internet about how terrible all this is having our name connected to it, or we can hound out the political structure that has endorsed it, which includes most of them. You EU folks can do the same.

To have some impact, all that is needed is to do what we all did to help stop the Syrian air attack campaign. We poured our opposition into politicians offices on a scale many could not remember.

It caught them totally by surprise and really shook them up. But they are firm believers in the news cycle and the public’s short attention span. They view the Syria outpouring as a fluke.

With what is going on in Gaza now, we have a “two for one” opportunity. Sure, a ceasefire is eventually going to come out of the current slaughter, but the credit we give the US reps should last about 60 seconds, and then we need to start hammering them that it is game-change time, and that all this slaughter is happening over and over as they refuse to put the drone strikes in on who the real killers are, the real terrorists. You know who I am talking about.

They will not do it until we force them to. They will either be more afraid of the Israeli and NeoCon Lobby, or us. That will determine what they do, particularly if the polls show them with a safe lead. And even if we lose a couple of rounds, we can still do a lot of damage by heaping public contempt upon them… non stop.

They are not used to that. They are used to heaping it on us, so I suggest it is past the time to turn that around on them. If any political leadership is going to emerge to take this on, they want to see a solid ground swell of support behind them to take the plunge. They won’t plunge, until they see us do it… Jim W. Dean ]

The general use of artillery and bombing attacks on civilian areas has been met with total silence by the Kiev Junta’s Western allies. It gets even worse for the towns  captured from the East Ukraine resistance, atroctities and summary executions have take place.

Even the UN says nothing, not even about investigation or having monitors with the Kiev units to stay on top of what they are doing. The Oligarch funded units, formal terror brigades, are fighting behind a Western approved “anti-terror” smokescreen. This stain will never wash off, of them or us, as it has not on all those who have preceeded those doing it now.