[ Editor’s Update: The plot certainly has thickened on the Syrian debacle, with some heavy psychological operations being rolled out now, with the usual cooperation of the Western mass media shills.

While parts of this current saga are humorous as another obvious anti-Russian propaganda attempt, there is a serious side that VT got directly from the Syrians that was no laughing matter to them.

And that was the news that far from military support being greatly expanded, it was actually being curtailed at a critical time, which had Syria spooked that “an arrangement” might possibly have been made with certain parties to weaken Syria’s resistance, via low ammunitions stocks.

Gordon Duff did a whole series of these media planted stories that you will find scrolling through WarZone on the VT front page right here. We have never had a week catching planted stories one right after another.

We sent this off to NEO first, as we thought it would have more impact being published there first, and despite its being critical of Russia’s support for Syria, they published it.

So hurrah for the NEO people and their platform with its journalistic independence. We highly value our relationship with them, and look forward to a trip to Moscow one of these days.

The reporting below is a direct result of the VT-A team going to the Syrian Counter Terrorism conference last December, where Gordon was able to give what turned out to be the keynote address — that the bottom line of what is really behind the current levels of terrorism is international organized crime, where heads of state and religious leaders are just lieutenants.

We will be going back to Syria to consult with them about what the post-Iran nuclear agreement might bring in terms of geopolitical shifts, both good and bad… Jim W. Dean ] 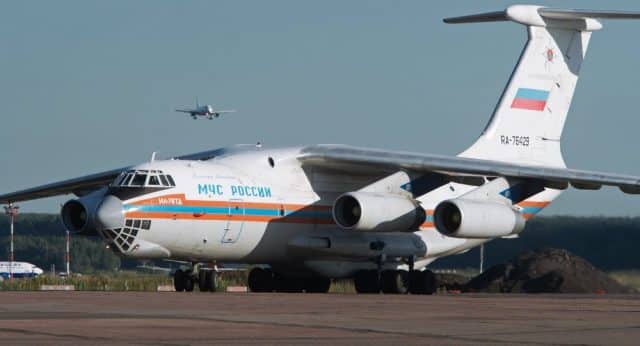 Top Syrian officials claim that Russia and Iran are abandoning obligations made months ago and are betraying Syria and the Syrian people.

Officials in Damascus are privately expressing rage at Russia and Iran who they believe have taken a “better deal” from elsewhere despite nearly daily pronouncements of loyalty and support. Syrian sources say this is empty rhetoric and that Russia and Iran are happy to see Syria crushed and starved.

Two very strange things have happened in the last 24 hours. Series of stories, originating from Israel’s YNet News Service, outlining advance parties for a significant Russian air and ground presence in Syria were not only published but picked up by the Pentagon.

Within an hour, the Pentagon began a rumor campaign by contacting members of congress and other “rain makers,” passing on this story now known to be a hoax, not just passing it on but claiming they had confirming intelligence from the CIA, a total lie.

Sources among Israel’s opposition who are currently attempting to oust Netanyahu from his “one vote” coalition government, say this is both a ploy against the US over the Iran deal and an attempt to terrify the Israeli people as well.

Then, only hours ago, sources in Syria, at the highest levels, presented a story of their own. High ranking Syrian officials claim that, rather than Russia sending in troops, pilots and military equipment, Russia has delayed what had been bought. They say Iran is doing the same thing.

Syria, wracked with combat over a dozen fronts, is expending ammunition at an alarming rate. Syria alone is flying 20 times the sorties of the US backed coalition and doing it with 30 year old air frames.

The feeling at the highest levels inside Syria have thus far had no significant effect on Syria’s highly professional Army, now augmented with Hezbollah, Kurdish and National Guard forces.

There are many events that evidence the silent rift of recent months. Today, Syria’s Foreign Minister submitted a letter to the UN Security Council citing direct involvement of the Turkish Army in recent attacks in Idlib, seizing towns on the Turkish border. Russia, a permanent member of the UNSC could have both carried forward the letter and submitted a resolution as well.

Then again, Russia is deeply involved in “southern route” natural gas projects with Turkey along with arms sales, arms that Turkey will receive, including advanced air defenses, arms Syria will not receive though Russia is their ally in Syria’s current fight against Turkey.

Similarly, Iran continually courts Turkey as a trade partner. Turkey’s internal and external war on the Kurdish people, the majority of whom are Sunni and not particularly fond of Iran, is ignored in Tehran even though the Kurds, Perg Mersha, PKK, YPG and other groups, are among the most effective fighters against Islamic State extremists.

Behind it all is Israel. Key Israeli nationals, including the reclusive Koch Brothers, control much of Russia’s financial fate, Iran’s as well. With virtual control of both the physical and futures oil markets in the hands of key Israeli affiliates, manipulation of oil prices can and is crushing to both Russia and Iran.

Similarly, the recent respite in oil pricing, a major jump for no attributable reason, particularly in the face of a Chinese “gloom and doom” economic announcement that sent US markets plunging again, could well have been orchestrated as leverage against Syria by their real foe, Netanyahu.

What makes this particularly worrisome to Syria is that the relative silence in Tehran and Moscow about Turkey’s air campaign against the Kurds and their defacto invasion of Northern Syria coincides with continual statements out of Moscow and Tehran supporting President Assad.

To a studied observer, it looks very much like both Tehran and Moscow are looking for a political settlement in Syria that includes ousting President Assad despite the fact that his 2012 reelection may well have been one of the least flawed in recent years, quite probably a fairer election than the US, UK or Canada hold.

One thing is clear, the future of Syria is very much in question. Both Russia and Iran cultivate a persona of “last of the revolutionaries.” However, as push comes to shove, and this is very much the case with Syria, a nation like Ukraine, clearly targeted by a globalist conspiracy, Russia and Iran will choose to save themselves despite endless rhetoric to the contrary.

Behind it all is a very difficult to ascertain relationship between Russia and the US where both Putin and Obama may well have a much better working relationship that expressed publicly but both face domestic challenges that cloud their actions.

As for why Russia and Iran would move Syria to “back burner” isn’t clear. It is as though none of the major powers take ISIS seriously as a threat despite more endless pronouncements. What is clear is that if ISIS is really ISIS and not a CIA front, why then is the US so ineffective with the air war?

What is also clear is that 70% of the military action against ISIS is Syrian, not Kurdish and certainly not Iraqi. Were Syria gone, it wouldn’t just mean that ISIS would lose an enemy. Syria would become ISIS and Iraq would be overrun in days as would Jordan.

The game, Iran and Russia sitting on their hands while Damascus goes without electricity and water, while civilian neighborhoods are shelled night and day and while Turkey has clearly invaded Syria, this game is not just hard to understand, watching it being played boggles the mind. Nothing makes any sense.

Then again, Russia is relatively silent while Israel is clearly running the war against Syria from the South, playing the same role Turkey is playing from the North.

These points are obvious:

The issue at hand is so familiar, gambling on events from a safe distance has never worked. America defined failure for this methodology during the Bush 41 wars of debacle.