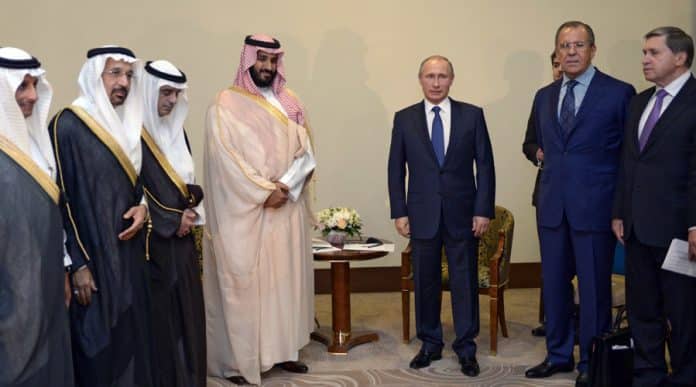 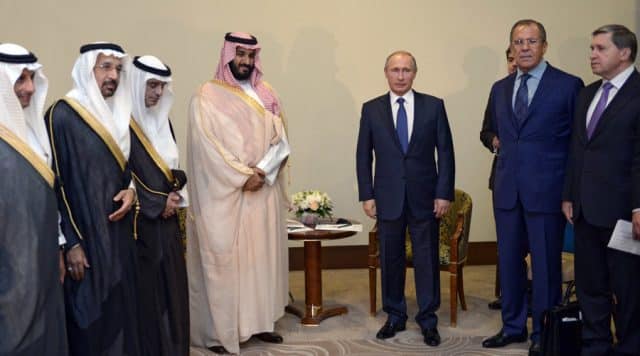 [ Editors note: What a difference a week can make. Salman had sent this article to NEO several days before the SU-24 shootdown, and had the luck of the draw to be published on that day. But I am still running this despite the nine-day delay, as it is an interesting retrospective dealing with the conundrum of how Moscow has been dealing with the Saudis versus Erdogan on supporting terrorism.

Putin had been consistent with his offer of “all are welcome” into the real anti-ISIL coalition, as Russia had no interest or desire to solve the problem by itself. It also wanted to use the Syrian effort to help tear down the Russian isolation attempts by the US and NATO.

And one cannot roll out the red carpet for guests while ambushing them on the way to the party, so the ISIL oil sales and the outside arms shipments took a back seat to trying to get a new coalition paradigm in motion.

The plane shoot down, and then the Turks’ horrible handling of their explanation, seconded quickly by NATO and Obama, turned Russia’s “open invitation” to Turkey on its ear. Erdogan told Putin where to shove his dead pilot, and the gloves came off the usual low key and understated Russian approach to controversies.

Lost in the current Turkish fur ball has been much discussion of Putin’s investment in trying to schmooze the Saudis, which I never could get my head wrapped around. Long term energy cooperation on price stability was obviously a major concern, but the most that Putin pushed the Saudis on was stopping their support for ISIL.

This did not seem to make sense to me, as keeping Northern Syria out of Damascus’ control seemed critical to the Saudi-Qatari goal of a Gulf pipeline through that territory into the Turkish pipelines and export ports for Europe. Turkey was primarily backing up al Nusra, while the Saudis, Qataris and Israelis supported ISIL in Syria and Iraq to keep both countries in turmoil.

So I welcomed having a good NEO piece to fill in some of the missing pieces. I don’t have to tell VT readers how difficult it can be to keep up with all the various overlapping layers within this Mid Eastern Gordian Knot… Jim W. Dean ] 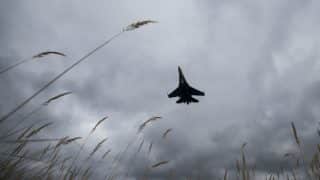 There’s no denying that the Russian military campaign against ISIS in Syria has really off-set the organization’s militant stranglehold and that this campaign has practically led to reorientation of the Middle East’s strategic landscape that had previously become intensely disturbed due to the rise of umpteen Western supported proxy groups.

Notwithstanding the rapidity of Russian air strikes’ success in Syria, a military campaign is however not the only way Russia has adopted to rid the Middle East of its worst nightmare. Apart from bombing ISIS hideouts, the Russians have also been busy, especially during the last few days, in opening a ‘political front’ to maintain a balance between its strategic and political objectives.

It is obvious that Russia does not want to just bomb the ISIS out of the Middle East; it has to counter the West’s larger strategic objectives that aim at controlling the region’s energy flows, and thereby undercut the Russian economy. To counterbalance the Western agenda, Russia needs to solidify its political relations across the region.

Since the beginning of the Russian campaign, the two most visible countries that Russia has been actively engaged with are Turkey and Saudi Arabia. It is not to suggest that it is Russia only that needs to engage with these countries. In fact, both Turkey and Saudi Arabia realize that without engaging with Russia, they might not be able to come out of the crisis they, directly and indirectly, have created in the first place.

One such example of Russia’s political maneuvering in the Middle East appeared a few days ago when the Kremlin chief of staff Sergey Ivanov spoke about Russia-Turkey relations from the angle of maintaining balanced relations with Turkey in the wake of the recent diplomatic spat over the incident of a Russian aircraft accidentally trespassing into Turkish airspace.

He said, “Sometimes we have certain contradictions in international relations, but we discuss them publicly and privately and publicly with account for mutual interests.”

Although he was speaking in the context of that airspace incident, he was underscoring Russian-Turkish relations in the wake of an ever increasing pressure from NATO countries on Turkey — urging her to use her prerogative to seek their help to counterbalance Russian strategic maneuvering in the Mediterranean region.

However, the fact that Turkey has not made any such formal request to the alliance is an indication of how carefully and subtly Turkey is constructing its position, vis-à-vis both the West and Russia with the fast changing geopolitical scenario of the Middle East.

As Ivanov pointed out, the bomb blasts in Turkey seem to reinforce the need for partnering with Russia against ISIS — a menace that is threatening all. Russian President Vladimir Putin also called his Turkish counterpart Recep Tayyip Erdogan to offer his condolences. Later on, he said in an interview the terrorist attacks in Turkey were a provocation:

What happened in Turkey is certainly, a daring terrorist attack, a crime with numerous victims and of course, an attempt to destabilize the situation in the country friendly to us. Moreover, it took place during the electoral campaign,” said Putin. “Actually, it is a clear provocation,” he added further.

While Turkey has chosen to tread a cautious path with regard to her relations with the West and Russia, she is also quite clear about the fact that she would not be able to withstand the tragedy that would befall if it were to allow its territory to be used to counter Russian campaign in the region. It is not to suggest that Russia would in turn attack Turkey. The tragedy that we are talking about can very well take place due to Turkey’s internal socio-political landscape.

Turkey is beset internally with so many fault lines – secularist-Islamist, Turkish-Kurdish, Anatolian-Aegean, Sunni-Alawite, and so on. And as it stands today, given its internal political turmoil that ensued due to Erdogan’s failure to form a coalition government, Turkey has never been as deeply divided as it is today. Different social groups are trying to settle various historic and political accounts.

All of these are highly active amid a highly-charged political atmosphere. In this behalf, Erdogan’s warning to Russia and the US against supporting Kurdish militias is just another attempt on his part to play political stunts to downplay Turkey’s internal turmoil and clear his name of all responsibility for mishandling the crisis situations, both at home and abroad.

However what is quite obviously clear is that they complement each other and their dynamics could reinforce the renewed thrust of the Russian regional diplomacy.

As such the meeting that took place between Saudi Defence Minister and Vladimir Putin clearly emphasised the need for focusing on “common interests” that the two countries share in Syria. The most significant of these “common” interests being the need to prevent and Islamist takeover in Syria.

In a Russian Foreign Minister joint press briefing on Sunday in Sochi with his Saudi Arabian counterpart Adel bin Ahmed Al-Jubeir, following talks between Saudi Prince and Putin, Lavrov clearly emphasized that both countries discussed “a range of options” and the “various approaches” in this regard, and agreed to “use them to guide their further action”.

He also revealed that Putin has sought a “maximally concrete” Russian-Saudi interaction in the coming period and that in this regard “relevant understandings have been reached.”

He added that in order to boost mutual confidence, Vladimir Putin also expressed Russian willingness for “encouraging our military and Special Forces to start working together as closely as possible so as to erase any doubt as to the fact that the Russian aviation’s targets are really the Islamic State, Jabhat al-Nusra, and other terrorist groups.”

Saudi Arabia’s Foreign Minister Adel al-Jubeir said that Riyadh is concerned over Russian military operations in Syria. Jubeir, who appeared alongside Lavrov, said Saudia wants to find common grounds with Russia to guard unity of Syria. Lavrov said Moscow understood Saudi concerns, and the two countries shared the aim of “preventing the establishment of a terrorist caliphate in Syria.”

On Russia’s part, it is a major move towards neutralizing the US propaganda about projecting Russian campaign as directly “strengthening ISIS” in Syria. By drawing Saudi Arabia into its own camp and by throwing down proposals for opening up coordination centers throughout the region in the anti-terror fight, Russia has been able to make significant gains, as far as its political front is concerned.

If Russia succeeds in formally including Saudi Arabia and Turkey in its fight against terror groups in Syria, the US might find itself in a hitherto unexperienced and awfully awkward geopolitical conundrum. Not only would it have to acknowledge Russian success in the Middle East but might also have to re-adjust its erstwhile “grand strategy.”