A few days back, I happened to meet an Afghan in Peshawar. In our informal discourse I inquired of him; what was left in his country after so much fighting? Is there any thing significant or visible there? I further refined my question.”Nothing” was the expected answer. Poverty, misery, dictators, anarchy, Soviets, Mujaheedin, Intelligence Agencies, Taliban, Warlords, and now NATO, a time line, as lengthy as my age, 50 years, was before my eyes, I could hardly recall a moment when Afghanistan was smiling. 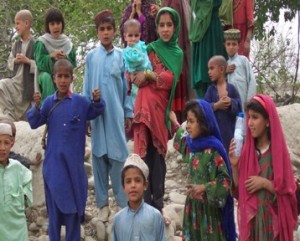 The Afghan gentleman, a refugee who appeared to be more mature than his age, replied “Yes there remains something very significant, it is the ego; overly inflated ego of Afghans. And the terrible thing is, he added, people don’t understand this. Foreigners and our neighbors, constantly try to teach us what is good for us .Our country has become the proverbial aunt’s courtyard.” (Free passage)

Afghans are good people. They are extremely hard working, out spoken and free of complexes, the majority of them don’t deserve the leadership imposed on them since many decades.

Like it or not, Americans are the leaders of the day .Their technology, culture, & way of thinking, dominate the world. As Americans claim chauvinistically that they have “vital national interests” in every corner of the world, so do the neighbors of Afghanistan. They too don’t feel shy stating that they have “vital interests” in Afghanistan and ironically the world community acknowledges them as stake holders. So let us look at these neighbors one by one.

Pakistan wants to see friendly a government in Kabul as a prize to its long suffering during the war on terror and the support which it lent to Americans.

China, thanks to its anti interventionist policy, is only putting its weight behind Pakistan, not demanding anything new in Afghanistan.

India, the distant neighbor of Afghanistan, is more assertive than its actual neighbors. It wants to render Pakistan’s Western border as vulnerable as eastern one. They are pinning their hopes on a prolonged American engagement in Afghanistan and are actively wooing for the same.

USA and Western countries want to leave Afghanistan and talk to the Taliban but from a point of strength, leaving behind a “security check post” in the energy corridor for the future.

May God bless all these neighbors, distant neighbors and aggressors in Afghanistan who are sincerely trying to bring peace and stability in Afghanistan. 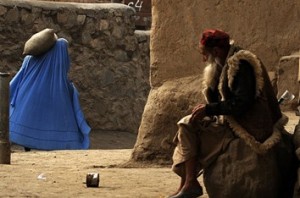 Russians, apart from settling scores of their previous war, see the Taliban as the emergence of a political Islam, an upcoming threat to the Central Asian Republics .They don’t realize that the Taliban may be a growing force to reckon with in Afghanistan due to their deep rooted xenophobia, but their brand of Islam has not appealed even to Afghans themselves. So the export of their brand of Islam is unlikely. The apprehensions of Iranians like the Saudis are always sectarian,;both these countries have yet to rise above the politics of Shia, Sunni and Wahabi .

“Intellectuals” in Pakistan don’t know what even a cart handler can understand, that after American departure the, government in Kabul will be dominated by Pushtuns, mainly Taliban, for at least a decade. Demography and the character of different communities of Afghanistan is so loud and clear. Pakistan needs to focus on the trust deficit and deteriorating good will even amongst Pushtuns rather than requesting a friendly government from USA, who themselves are empty handed and exhausted. Americans will be lucky if their own vital national interests i.e. establishment of a “security check post” in Afghanistan’s energy corridor, are taken care of after withdrawing the bulk of their forces in July 2011.

Pakistan is being seen as spoiler in Afghanistan by the US and Western main stream media. It is mainly because of the “sun glasses” of the west through which they see the Muslim world and their deep rooted desire to outsource this war to Pakistan. However, the defensive and secretive nature of Pakistan’s Afghan policy is also contributing to this image.

Indian “intellectuals” too are encouraging the Indian Government to rise up to the level of an emerging super power and play a bigger role in the region, i.e. sending Indian troops to Afghanistan. Americans or Indians may be heading for a self defeating mission… their fate is written on the wall.

RAW and the CIA are playing with fire in Afghanistan. Cheating and exploiting Pakistan’s spoiled children (Pakistani Taliban) against Pakistan. At present these de-tracked Muslims are being blinded with loads of money and brain washing. This is temporary arrangement and will not last long. Good will, which the Indians have earned overtime in Afghanistan, will soon evaporate in view of their total enmity towards Pakistan. Such activities will be countered by the same people. RAW sleuths are underestimating the bond of Islam. 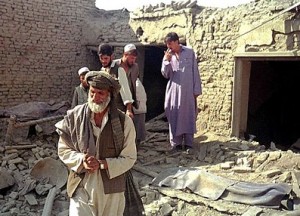 Americans, who are trying their best to make their armed forces productive by backing their multinational companies across the globe, could be told that their recently adopted policy is not going to work. Any more surges will waste resources apart from bringing further miseries to the people of Afghanistan. The Americans are victorious. The punishment that has already been inflicted on Afghans is enough, whether or not they sponsored the terror acts of 9/11…. People of Afghanistan are egoist, respect them. They will be willing to take care of US interests more eagerly than India or Pakistan. This is sincere advice for our American friends who have been a helping hand to Pakistan on many occasions.

Pakistan and its intelligence agencies need to focus on internal security. On the western front our depth and strength lies in FATA and Balochistan and nowhere else. We have to win the hearts and minds of our own people. Pakistan’s concept of peace and stability in Afghanistan should be based on ground realities and principles.

Pakistan should support a truly representative government in Afghanistan according to demography and the wishes of the Afghan people. Meanwhile Americans could be encouraged to leave Afghanistan as soon as possible after putting in an effective government infrastructure which has been destroyed.

Pakistan has nothing to hide in Afghanistan. We want a stable and peaceful Afghanistan and the same should be pursued by our politicians in a transparent manner. The Pakistani establishment tneeds o give some space and the politicians of the country should spare time for this important issue.

The Author hails from the semi tribal areas of Pakistan and holds a Master degree in International Relations from the University of Balochistan. He can be reached at email: [email protected]