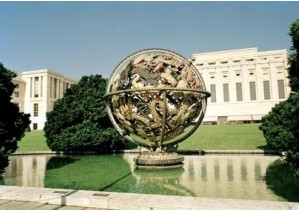 Pakistan’s nuclear capability has been security driven and not status motivated. Nuclear threat became a reality for Pakistan after India’s first nuclear test in 1974. The contentious issue of fissile material stocks stimulates Pakistan’s reservations regarding FMCT negotiations. Both the Shannon Mandate 1995, as well as the 2006 draft FMCT excluded the issue of existing stocks from the purview of the treaty and sought to control only future production of fissile material. Pakistan’s principle worry is its disparity with the Indian stockpile of fissile material that threatens the strategic stability in the region.

Pakistan is keen to debate across the board nuclear disarmament on non-discriminatory basis at the Conference on Disarmament (CD). Pakistan is proposing a Fissile Material Treaty that should deal with existing stocks as well as the future production.

In the plenary session of CD, Pakistan has cautioned the world community in categorical terms that growing international support for India’s nuclear programme would destabilize the region and force Pakistan to augment its deterrence. Pakistan’s Ambassador Zamir Akram sharply criticized the moves to bring India into the Nuclear Suppliers Group (NSG) and other bodies that allow trade in nuclear materials. It is interesting to recall that the NSG was created in 1975 to standardize nuclear trade rules as a reaction to India’s testing of a nuclear explosive device in 1974. To carry out that explosion, India had clandestinely diverted Plutonium from a power reactor provided to it by Canada.

Zamir Akram aptly pointed out, “Apart from undermining the validity and sanctity of the international non-proliferation regime, these measures shall further destabilise security in South Asia…As a consequence, Pakistan will be forced to take measures to ensure the credibility of its deterrence. The cumulative impact would be to destabilise the security environment in South Asia and beyond.” Earlier he told journalists that Pakistan “would like a treaty that deals with stocks not just future production.”

US disarmament ambassador Laura Kennedy told journalists that negotiations on a ban, a Fissile Material Cut off Treaty (FMCT), were a priority for Washington. “We believe that this is long overdue, it’s a priority. And this sense of urgency is not, again, simply one of the United States, but is widely shared,” Kennedy said.

India, like Pakistan, is not a signatory to the Non-Proliferation Treaty (NPT) but extension of aggressive cooperation in the field is a classic example of creating exceptions and meting out discriminatory treatment in similar situations. It is strange that a country, which was first to introduce nuclear weapons in South Asia, is being rewarded in every possible way but the country that has been offering concrete proposals to make the region free of nuclear weapons faces discrimination and intimidation.

At this time only Pakistan, India, and probably North Korea and Israel, produce fissile material for weapons. The major nuclear powers, after having accumulated thousands of weapons, have declared unilateral moratoriums on its production. Likewise, issue of fissile material is not very significant to any Non Nuclear Weapon State that is party to NPT, because these states have already abdicated their right to pursue nuclear program for military purposes.

President Obama’s vision of nuclear weapons free world is held hostage to intricately  intertwined Indian policies of nuclear security and power generation. India has piled up 1300 tons of reactor grade fissile material churned out by its nuclear power reactors over the previous years. Reactor grade Plutonium was used in one of the Indian nuclear explosions of 1998.

To understand the real significance of the FMCT for Pakistan, one needs to dig deeper into India’s nuclear energy program. Pakistan’s principal worry is India’s accumulation of reactor grade plutonium for its fast breeder reactors.

India’s rationale for accumulating such a vast inventory of reactor grade plutonium stems from its three-stage nuclear energy program. The Fast Breeder Reactors (FBR) are envisaged as the mainstay of this plan. By producing more Plutonium than they consume, FBRs provide a widow for diverting surplus fissile material for weapon programmes; especially so when India has not accepted any safeguards on its fast breeder reactors.

FBRs form the backbone of India’s grand plans for nuclear energy. Their number would increase by 5 times by 2020 and more than 60 times by 2050. To realize this design, India is poised to construct hundreds of FBRs.

India’s ambitious plan for fast breeder reactor technology has serious implications for the nuclear stability in the region.

This conundrum has compelled Pakistan to block the negotiations on FMCT at the CD. Despite pressuring Pakistan to fall in line on the issue, Americans know it well that spoiler is someone else. Pakistan’s principal worry is the perpetually snowballing disparity with the Indian stockpile of fissile material.

Pakistan looks forward towards a global disarmament regime, which should be legally binding, internationally verifiable and universally acceptable. In this context, Pakistan wants to negotiate a Fissile Material Treaty (FMT) that caters for complete elimination of all existing stocks of nuclear fissile material on non-discriminatory basis and also prohibits its further production. Pakistani proposal is disarmament based in nature and is compatible with the ‘Global Zero’ concept.

Pakistan’s position is neither the first, nor the only example of a country insisting in multilateral arms negotiations that its security interests be accommodated in a binding treaty. Arms control efforts over the decades have always been flexible enough to address the security concerns of participating states.

CD’s work should not become hostage to one issue that is fissile material management. It should comprehensively proceed on disarmament matters; so that its work is on equal pace on all interlocked agenda issues like disarmament of outer space, negative assurances, abolishing of missile defence shields, conventional arms race and fissile material management etc. Moreover, envisaged treaty must take into account the security concerns of all states.

America’s emphasis on early adoption of controversial FMCT, in isolation, is quite unfortunate. This amounts to treating the symptoms while ignoring the root causes.   Where hard calculations of security are involved, nations have to be engaged to forge agreements; they must be neither isolated nor coerced.

Air Cdre Khalid is Masters in Political Science along with War and Strategic Studies. He has also done Air WarCourse, Fellow of Air

War College. Instructor’s Course. Senior Command & Staff course. Combat Commander’s Course. He has been a Directing Staff at various institutions of Pakistan Air Force. Presently he is a visiting faculty at: