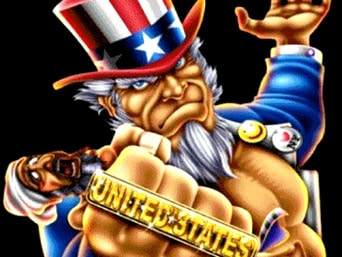 After achieving its initial objective of occupying Afghanistan and making it a base of operations for its covert war in the region, CIA hastened to establish its network in FATA, Khyber Pakhtunkhwa and Balochistan since Pakistan figured high in America’s agenda. After heating up these regions, CIA went about expanding its tentacles in major urban cities with the help of US Embassy in Islamabad and consulates in provincial capitals, US paid NGOs, its local contacts, Blackwater elements disguised as security contactors, aid coordinators and project managers to distribute/supervise $1.5 billion annual Kerry Lugar Bill aid. CIA managed to make inroads in every government department as well as within armed forces and nuclear setups.

Once the CIA’s urban based network duly linked with networks in restive regions was completed, it became more arrogant. Raymond Davis was a key man of CIA who coordinated drone strikes and acts of terror in urban centres and had gained first hand intelligence about nuclear sites. His arrest in January 2011 nosedived Pak-US relations, which didn’t return to normal even after his release in March. After the helicopter assault in Abbottabad to get OBL on 02 May, when Lt Gen Pasha told Panetta to disclose the details of CIA network and to withdraw the undesirable elements or else ISI would be constrained to stop sharing intelligence with CIA, he curtly retorted that CIA had attained self sufficiency and could do without ISI’s cooperation. What he implied was that his set up had hired local hands in sufficient numbers and didn’t need ISI’s assistance. Robert Gates said that the US could manage without logistic supply routes provided by Pakistan. What he meant was that northern routes via Central Asia could be made use of.

Mindful of the motivated unified assaults of foreign and own media and lurking dangers, the leadership of Army and ISI has taken host of urgent steps to safeguard vital interests of the country. The US was politely asked to withdraw its undercover CIA agents disguised as trainers imparting training to men of Frontier Corps (FC). Britain was also requested to send back its training team. The US was asked to vacate Shamsi airbase since it has become a launching pad for drone strikes. The US was conveyed that operation will be launched in NW at a time suiting Pakistan’s national interest and not US interest.

It was reminded to check cross border terrorism from Afghan soil by reoccupying vacated border posts and increasing the numbers since it has less than 200 posts as against 900 of Pakistan. It was told that the onus of rebuilding trust rests with Washington and that ‘do more mantra’ and threats would further widen the trust deficit. Pakistan has conveyed its security concerns with regard to India and its desire to have a friendly regime in Kabul after the departure of USA.

Pakistan has been requesting USA for quite sometime not to employ drones in FATA since they are proving counter productive but its appeals have not been heeded to. Pakistan’s request not to undertake another unilateral action has also been turned down. CIA is reluctant to share intelligence with ISI since it suspects that shared information will be passed on to militants. It strongly suspects that both Mullah Omar and Al-Zawahiri are in Pakistan and want the two to be arrested and handed over to USA.

Despite stabbing Pakistan in the back, the US leaders instead of feeling remorseful and giving a sympathetic hearing to Pakistan’s complaints, are behaving in a snobbish manner. Pressure was built on Pakistan as to why it was hiding OBL for last so many years and maintaining that that it had no clue about him. The US then released some pressure by qualifying that government or its institutions were not involved but there was a support group which helped OBL in his settlement in Abbottabad. It was hinted that elements within Army and ISI were probably aligned with al-Qaeda and OBL otherwise it was not possible for him to remain hidden in a heavily garrisoned town next door to PMA.

To further substantiate this allegation, a story of al-Qaeda’s negotiations with uniformed personnel in Mehran naval base was published in Asia Times Online on 27 May by assassinated Saleem Shehzad soon after the terrorist attack on Mehran naval base on 22 May. He alleged secret parleys between Pak Navy and al-Qaeda whose failure, he concluded, led to attack by al-Qaeda. When CIA learnt that Shehzad’s story was about to be busted since it was without any foundation, he was bumped off and ISI was accused of murdering him. This is yet another crude attempt after 26/11 incident to indict ISI so that it could be declared a rogue outfit. Purpose behind ongoing bullying tactics is to make Army and ISI submissive and to force it to perform allotted tasks unquestioningly.

The US felt insulted when bulk of its trainers was made to pack up and leave at short notice. It however deemed it prudent not to make hue and cry since it knew that 95 out of 100 trainers were from US Special Forces and were CIA’s undercover operatives. It wants its network in Pakistan to stay intact and those returned to USA called back. It doesn’t want it’s under cover operatives to be spied upon and checked and also desire immediate removal of restrictions imposed on issuance of visas for US citizens and want their entry without scrutiny by ISI.

Shamsi airbase used by CIA for launching drones on our people in FATA and for clandestine operations in Balochistan became another sour point. CIA has been told to stop drone war. Despite clear cut instructions to vacate it, CIA is dilly dallying and making excuses to buy time and to continue using it. The US has also been told to put an end to negative propaganda war against Pakistan since these offensive acts do not go well with an ally. As against its wish of launching an operation in NW, Pak army launched operations in Mohmand and Kurram Agencies which didn’t fit into the design of USA.

The US took it ill when security agencies arrested CIA informants who played a key role in making the ‘Get Geronimo’ operation a success and wants their release. It however wants Pakistan to get hold of all those who had helped OBL in getting settled in Abbottabad. Miffed by Pakistan Army’s defiance, the US officials have been issuing tough statements and warnings. Hilary Clinton and Mike Mullen on their last visit to Islamabad on 27 May adopted a tough posture. Panetta was also in a similar mood when he came here on 10 June. They all demanded that Pakistan should behave and act rather than create hurdles. On seeing that Kayani and Pasha stood their ground and refused to be cowed down, the US in huff suspended $800 million assistance to Pak Army hoping that this will bend Pakistan. The Congress also moved a bill to stop all aid to Pakistan.

To their utter surprise, the bluff has further steeled the resolve of Army leadership. Kayani announced in his last Corps Commanders conference in GHQ that the Army would manage operations against terrorists from within its own resources as it has already been doing. The Army has taken a principled stand that unilateralism and assistance with conditions will not be accepted.

Hillary Clinton on her recent visit to India played another pressure card by projecting India as the leading power in South Asia. She implied that all its neighbors including Afghanistan should accept India as the dominant power. PM Gilani and Gen Kayani promptly over ruled her contention by stating that Pakistan would not accept the hegemony of India or any other power in the region. The US will continue with its bullying and intimidating tactics, but it is now to be seen whether our leadership will sustain the pressure honorably or wilt under pressure.

About the Writer: Asif Haroon  is a retired Brig, a defence analyst and author of several books. He writes exclusively for Asian Tribune, Veterans Today, New Nation, Pakistan Observer, The Statesman, Opinion Maker and tens of other newspapers/websites.