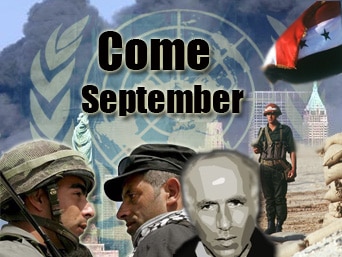 Just after I taped the above Youtube, I received an email from a friend who was born and bred in the USA, but living in the Mediterranean coastal city of Latakia, Syria.

I saw him last in 2007 when we had lunch with Amy Goodman in my homeland-New York City.

That story here: Vanunu VS the Unjust Justice System of Israel

My friend informed me that the Philippine government has now called for all their nationals to leave the country.

He also spoke to the British council and was told the British government is gearing up to evacuate all Brits from the costal areas of Syria to Turkey at a days notice.

He added, “With September right around the corner I have no doubt that something very bad is brewing and will probably be here before the U.N. vote for Palestinian statehood.”

The U.S. and allies such as Britain, France, Germany and the European Union have all demanded that Assad resign.

Also on Thursday, in a statement issued by the State Department after closing for the day, addressed the “targeted, brutal attack” on Ali Ferzat, a cartoonist and human rights advocate.

“The regime’s thugs focused their attention on Ferzat’s hands, beating them furiously and breaking one of them – a clear message that he should stop drawing.

“Many other moderate activists who oppose violence have been jailed for speaking out against the regime, including Walid al-Buni, Nawaf Basheer, Georges Sabra, Mohammed Ghaliyoun and Abdullah al-Khalil. Some have been held incommunicado for months.

“While making empty promises about dialogue with the Syrian people, the Assad regime continues to carry out brutal attacks against peaceful Syrians trying to exercise their universal right to free expression. We demand that the Assad regime immediately stop its campaign of terror through torture, illegal imprisonment and murder.”[1]

Because of empty promises to the indigenous Palestinians, come September, a diplomatic intifada [Arabic for rise up and cast off] could well erupt in the United Nations when President of the Palestinian Authority, Mahmud Abbas, submits a formal request to the Security Council for UN recognition and membership for the State of Palestine.

President Obama indicated that he would use the U.S. veto to block the initiative.

On 14 July, the Arab League pledged to “take all necessary measures” to secure recognition of a Palestinian state via the Security Council.

The Palestinians have lost faith in the leaders of the West to be honest brokers for justice that could bring peace, and their move to the UN-the body that partitioned the Holy Land and thus is very responsible for the ongoing disaster-could also help bring an end to the “special relationship” between USA and Israel.

“In a recent article, an influential member of the Saudi Royal family, Prince Turki al-Faysal, former head of intelligence and former ambassador to London and Washington, warned the United States that ‘there will be disastrous consequences for US-Saudi relations if the US vetoes UN recognition of a Palestinian state.’ He added that ‘the game of favoritism towards Israel has not proven wise for Washington…It will soon learn that there are other players in the region…’ This angry tone from America’s main Arab ally is highly unusual.” [2]

“Everywhere except in America, the Palestinian narrative is well known.”-Rashid Khaladi

Everywhere except in America, the Israeli occupation of Palestine is seen as a US-Israeli collaboration.

Recognition of a Palestinian state in the UN will not end the military occupation, but it will gain “virtual citizenship, a passport and sovereignty; legal protection against violence by Israeli settlers; the right to fight back in self-defence if attacked; potential backing for their claims from international tribunals such as the International Criminal Court and the International Court of Justice.” [IBID]

‘Occupied’ Congress could respond by cutting “US aid to the Palestinian Authority of $550m a year. most 60% of the territory, or by scrapping the Oslo accords, and therefore ending economic and security cooperation with the Palestinian authority. Any of these moves could trigger an outbreak of Palestinian violence, even a third intifada.”[IBID]

A third intifada is exactly what this Citizen of CONSCIENCE for House of Representatives 2012 has been calling for since 2007, when I published my second book:

My friend in Syria also said:

“About 10 or so days ago I’m sitting in my living room about 7:30pm watching Bloomberg market reports when this women broadcaster comes on to give the world headlines all with flash pictures in the background then she comes out with, ‘BATTLESHIPS OFF THE COAST OF LATAKIA SHELLING CIVILANS, ASSAD REFUSES TO STEP DOWN’ with pictures in back of like WW2 battleships guns blazing like it was the invasion of the Philippines.

“First of all, Syria doesn’t even have such boats. I doubt they have anything bigger then like a destroyer if that. So you ask ‘where does this BS come from?’

“EASY Israel and U.S. to make trouble here…to take attention away from the real issues- like Palestinian statehood!”

Marwan Barghouti, a Fatah leader who Israel has imprisoned for rising up against the Occupation of his homeland, wrote from his jail cell calling for “a peaceful million-man march during the week of voting in the UN in September.”

Israel responded by putting him in solitary confinement.

Just weeks after his FREEDOM OF SPEECH TRIAL began in Israel, Mordechai Vanunu nailed why Governments inflict this form of cruel, barbaric and inhumane punishment on dissenters and truth tellers:

My friend in Syria also wrote:

“Here’s another one to think about happening now. Turkey yesterday had like 100 air raids in Iraq fighting the Kurds PPK terrorists like 85 dead or something. 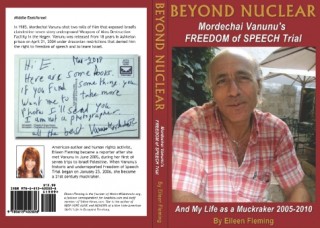 “When the Kurds ambushed the Syrian security forces and killed over 120 soldiers, they were called freedom fighters seeking democracy.”

Israel is NOT and NEVER was a Democracy:

“The terms ‘democracy’ or ‘democratic’ are totally absent from the Declaration of Independence. This is not an accident. The intention of Zionism was not to bring democracy, needless to say. It was solely motivated by the creation in Eretz-Isrel of a Jewish state belonging to all the Jewish people and to the Jewish people alone. This is why any Jew of the Diaspora has the right to immigrate to Israel and to become a citizen of Israel.”– Ariel Sharon, May 28, 1993 edition of Yedioth Ahronoth.

“Young Palestinians who cannot control their anger turn themselves into human bombs and haunt Israel’s streets and public places, blowing themselves up, killing ordinary people, injecting terror into daily life, and eventually hardening both societies’ suspicion and mutual hatred of each other. Each bombing invites merciless reprisal and even more hardship on Palestinian people. But then suicide bombing is an act of individual despair, not a revolutionary tactic. Although Palestinian attacks strike terror into Israeli citizens, they provide the perfect cover for the Israeli government’s daily incursions into Palestinian territory, the perfect excuse for old-fashioned, nineteenth-century colonialism, dressed up as a new fashioned, twenty-first century war.

“Israel’s staunchest political and military ally is and always has been the U.S. The U.S. government has blocked, along with Israel, almost every U.N. resolution that sought a peaceful, equitable solution to the conflict. It has supported almost every war that Israel has fought. When Israel attacks Palestine, it is American missiles that smash through Palestinian homes. And every year Israel receives several billion dollars from the United States – taxpayers money.

“What lessons should we draw from this tragic conflict? Is it really impossible for Jewish people who suffered so cruelly themselves – more cruelly perhaps than any other people in history – to understand the vulnerability and the yearning of those whom they have displaced? Does extreme suffering always kindle cruelty? What hope does this leave the human race with? What will happen to the Palestinian people in the event of a victory? When a nation without a state eventually proclaims a state, what kind of state will it be?”

Come September, a diplomatic intifada at the UN could be the showdown confrontation that forces this issue to a conclusion.