Home Government September 11th, What Went Wrong and Why? 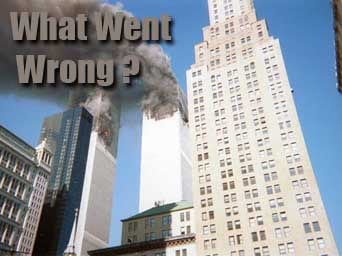 September 11th, what went wrong and why?

America that is much beloved by people and the world is of the past. Since Ronald Reagan took over and his alliance with the Christian fundamentalist rights and the American Zionist Jews all that changed. America changed inside and outside.

How America changed in a drastic way, both economically and politically. The economic change is a subject of a separate essay.  The political change we see it in the Right Nation.

As America and American commemorate the horrific attack on the World Trade Center and the loss of more than 3,000 innocent Americans, the motives and the consequences of this loss and the attack seems to be lost to many.

Bin Laden and Alqaeda are not an accident, the Reagan administration with active help from many of the NeoCons who got us in the wars years later played a major and critical role in founding and funding of the Afghani Mujahideen and helped recruit tens of thousands of “Muslim Jihadist” in its war against the former Soviet Union.

With the war won against the former Soviet Union, many of these former “Jihadists” returned home only to be arrested at the recommendation of the CIA and the US government. Having helped defeat the Soviet Union, many felt it is time for liberation at home to get rid of “puppet” regimes in the Middle East. Hence Alqaeda was born.

Political leaders from Nixon, to Carter, to Reagan to Ford, to Bush Sr. to Clinton, to Bush Jr. to Obama all failed to see that Palestine and the Palestinian-Israeli conflict is central to many of the people in the Middle East and the US total and unconditional support for Israel right and wrong did not leave much good will for the US. Having said that by no means this justify what took place on that fateful day, nor does it ever justify the loss of innocent lives on both sides of the ocean divide.

What happened that day ten years ago, leaves lots of questions unanswered not withstanding the findings of the “independent commission” set by George Bush Jr.?  Only an open a” people board of inquiry” can answer what happened and why and by whom and for whom and if other countries or allies are involved and why our system failed? No one can convince me that a bunch of amateurs and unprofessional unlicensed commercial jet pilots can take command of jumbo jets and crash them into the Wall Trade Center and into the Pentagon. What about the “explosion heard from inside the building moments before the second plane hits? What about the meticulous collapse of the third building? What about the present of Israeli agents near the site? Did America needs another “Pearl Harbor” as suggested by the “gangs” of Christian and Jewish Zionists as they envision America for the New Century?

For sure September 11th was in the making long time ago. It was in the making when Ronald Reagan guided by his NeoCons decided to manage “Jihad” in Afghanistan. It also started when a bunch of Evangelical Christian and Jewish Zionists decided to follow up on 6th grade project by the son of Karl Wilson, the administrative assistants to Douglas Faith at the Project for the New American Century, a man dubbed by General Tommy Frank as “the fucking stupidest guy on the face of the earth” and it seems this title qualified him to be a visiting professor and expert on international security affairs at Georgetown University.

Well, that project which began as 6th grade project ended costing American over 1.3 Trillion dollars and counting. A project that became a financial bonanza for Israel and its Fifth Column in the US.  All at the expense of the American taxpayers and at the expense of tens of thousands of thousands of American lives. Thanks to the brilliant minds of Bill Kristol of Evening Standard, and his fellow American Jewish Zionists the likes of Douglas Feith, Richard Pearl, Paul Woflowitz, Elliot Abrams, I. Lewis (Scooter) Libby, Norman Podhoretz, Daniel Pipes, Aaron Friedburg, Paula Dobrisansky, Elliot A. Cohen, and of course not mention Dick Cheney, Donald Rumsfeld, Dov Zakheim, and Robert Zoellick head of the World Bank. They all made the Project for the New American Century a bloody project, a costly project and a failed project.

To this group the “War on Terror” started way before September 11th and it only needed a major catastrophic event like Pearl Harbor. The war on Iraq which costs us so far some $ 800 Billions started when this group decided that Saddam Hussein is a “threat” to Israel and its security and once in the Bush Administration, began to device a plan to convict Saddam and his regime stocking piling Weapons of Mass Destructions and the ball for the war was rolling thanks to a willing and very cooperating media that was imbedded and in bed with these Zionists NeoCons and of course Congress rolled over and played dead.

Their War on Terror not only put the lives of millions of American at home and abroad at risk, and costs the lives of millions overseas, but it also took its toll on taxpayers. According to the website “InfoPlease” the estimated costs of the War on Terror came close to $1.291 TRILLION, with some $635.9 BILLIONS going to Home Land Security with Israeli companies and “security and terror” experts receiving substantial contracts in the hundreds of millions putting America’s security at risk since the security and safety of America is entrusted to a third party.

According to a recent report in Haaretz, the Department of Home Land Security awarded and granted many Jewish groups and installations more than 81% of the $118 millions to become better prepared against “terrorists attacks.  I am not aware of any public schools or churches let alone mosques were awarded any kind of money for the same purpose. According to Haaretz and quoting Paul Goldenberg, who is a national director of Secure Community Network established in 2005 to address communal security threats “ it is really unprecedented” and with Secretary Janet Napolitano quoted as saying” big results with small money”.

A new business emerged from September 11th and that business is “Islamophobia” the business that generates tens of millions of dollars in donations and grants awarded to a select group of American Jewish Zionist Muslim and Islam bashers.

According to reports published on the web and article by Julianne Hing titled “The $43 Million Islamophobia Machine” a select group of American Jews has been spearheading this war of hate against the Muslims and Islam in America.  Juliann Hing suggests that “ according to Fear Inc. a new report released by the Center for American Progress, those millions have gone to coordinate network of anti-Muslim thought leaders: Frank Gaffney at the Center for Security Policy; David Yerushalmi at the Society of Americas for National Existence (bullshit title), Daniel Pipes at the Middle East Forum, Robert Spencer at Jihad Watch and Stop Islamization of America and Steve Emerson of the Investigative Project on Terrorism”.

What this network of Islam and Muslim bashers and haters has been trying to do and to some extent succeeded in equating Arabs, Muslims and Islam as terrorists, as danger to America and America way of life, undermining American democracy and national security. With access to substantial grants to government contracts and agencies, with access to mainstream media these groups and individuals made hating Muslim and Islam a thriving business with them as the primary financial beneficiaries.

Many absurd statements are finding their way in mainstream media, and mainstream political discourse. According to Pam Geller a Jewish Zionists and anti-Arab and Anti-Islam is quoted at saying” Arabic is not just another language like the French or Italian. It is the spearhead of an ideological project that is deeply apposed to the United States.” Pam Geller and her right wing blog “ Atlas Shrug” is closely connected with another American Jewish right winger David Horowitz whose Freedom Center raked in $8.3 millions in the last decade. Another bigot calling herself Bridgette Gabriel declared, “ Muslims and Arabs have no soul. They are set on killing and destruction.”

In post September 11th any person who associate themselves with many of these Hate Projects become well qualified to be “terrorist experts” qualified to take contracts from State and Defense departments, from Home Land Security, from the FBI and from the CIA and qualify as ‘tax exempted organization”. It is always good to be “Jewish” and to be associated with these “security”, “terror” and “hate” shops and that should qualify any one, even an asshole or the dummiest person on earth to be an “expert “on security, “expert” on terrorism, certainly experts on Islam, Muslims and Arabs.

In closing I could not help but laugh when I read an essay in the National Review on Line (Feb 8, 2011) titled “Dictators and Hedgehogs” by non other than that of all people the “fucking stupidest guy on the face of earth” Douglas Feith suggesting “America can use a proper strategy promoting reforms in the Arab world” now my friend this is the ‘fucking stupidest” thing I ever heard.