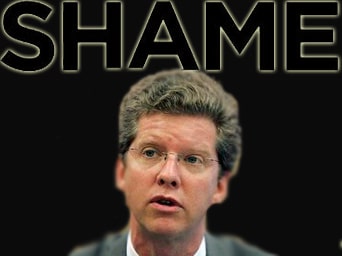 “Where is Your HUDVET in this housing crisis?”

I know people who work at HUD, one of the largest federal agencies in the country. HUD of course deals in housing, but also in homelessness.  Most of the folks I keep in touch with there are veterans and recently I got a call from one career employee who asked me to look into the office of HUDVET at CPD   (Community Planning and Development) .

First, let me tell you a story.  Once a long time ago, Andrew Cuomo, who is now the governor of New York, was the Secretary of HUD and at that time, in the 1990’s, I was operating a homeless veteran’s shelter in Boston and was active as an advocate to federal agencies that were ignoring the homeless veteran’s issue, HUD being one.
I requested and I was granted a personal appointment with Andrew Cuomo while he was HUD Secretary, only after Joe Kennedy who at the time was his brother in law and a congressman, got me in the front door as a favor.
The actions as a result of that meeting with Andrew Cuomo are what every politician should aspire to achive.  He was attentive, he listened to the concerns, he asked pointed questions and then he took action.  REAL action.  He tasked his Community Planning and Development office (CPD) to integrate into that department, a new staff position and he called it HUDVET.

The reason Andrew Cuomo took that action was at the time, one third of all the homeless in the United States were veterans.  ONE THIRD!!

It seems to me now, that not much has changed, as that is still the accepted percentage that I see on the VA’s homeless veteran’s page.

At the time, Andrew Cuomo had this crackerjack lady running HUDVET within CPD (Jackie Lawing, now Jackie Lawing Ebert) who was “Deputy Assistant Secretary for Homelessness and Special Needs Programs” and she was all business and no bullshit.

The office of HUDVET was created by Comeo after his meeting with veteran advocates like myself who were concerned that HUD, which controls most of the homeless money, was not paying attention,  nor was it funding  homeless veterans programs.

I happen to know personally, the very first veteran who was placed into the HUDVET position by Cuomo.

His name was Bill Pitman

Bill Pitman was the 1st HUDVET and his legislative accomplishments are still working today.

Anyone can see the fruits of Pitman’s labors from 15 years ago by doing a search on Google.

So, just out of curiosity and prompted by a veteran from HUD, I went online recently to lookup and find the latest actions of the HUDVET.

What I found disgusted me.

Here are the findings on just the major social media sites I visited looking for Hud Vet:

Not one thing has changed on the HUDVET home page in 10 years.

Assistant Secretary Mercedes M. Márquez, who is a nice lady by the way, and a true friend of the American veteran from what I have been told should be ashamed of herself.  Secretary Donovan himself personally should take charge of HUDVET immediately.  He needs to get the office refocused into the work of helping and supporting American veterans. Donovan should use the office of  HUDVET the same way  Cuomo did when he held the job of Secretary of HUD or he should shut it down.  We are a week from Veterans Day Mr. Secretary.

The boyish-looking Donovan is bullish on creating sustainable communities where residents can walk or use public transit on their way to work or shopping. As former housing commissioner of New York City, where he was born, he says he wants to put the “UD” back into HUD, the Department of Housing and Urban Development.

He needs to put the VET back into HUDVET or take his name off the sign.

He is an architect by trade and he needs to apply those same skills to the needed rehab of this part of his agency that is an embarrassment to him and to the veterans who work for him.

Ask any American Veteran homeowner, or Homeless veteran advocate anywhere in the country who the “HUDVET” is, or what the office  does, and you will find what I have found.

I am sending a letter to Secretary Donovan asking him why  HUD still counts “Veterans Disability Compensation” as income?  The IRS doesn’t, the VA doesn’t, and yet, HUD does, and so, when a disabled veteran applies for senior and or disability housing, his VA disability compensation is counted against him.  WHY?

Mr Secretary, you need to roll up your sleeves and take no excuses or promises to get this right.  You need to do it yourself.

Do it in their name.  The name of your relatives who served in the military and who have sacrificed so that you could aspire and then be confirmed into your current position.

Do it because it’s the right thing to do.