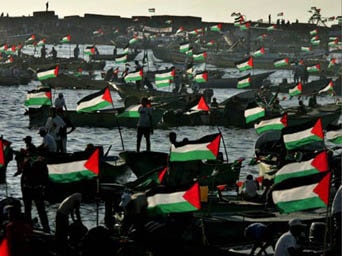 On the second day of 2012, I received my second threat of a legal action in an email with a letter attachment “regarding a libelous publication on wearewideawake.org” from a law firm in Tel Aviv.

My first threat of a lawsuit came on 5 February 2008, in an email from Walid Shoebat’s manager demanding I apologize and recant what I reported on February 3, 2008: USA Air Force Academy: Failure of Intelligence to Support the Troops . I responded on February 7, 2008: It maybe Ash Wednesday, but I am still laughing over Fat Tuesday morning and followed up on February 26, 2008: The Walid Shoebat Show and “America is Beautiful, but she has an ugly side”

The Tel Aviv threat concerns a 31 December 2009, article “Inside Intel/Bloody business in Africa” written by Yossi Melman originally published by Haaretz and which I had re-posted as the end piece to the 5 January 2010 entry: “What SECURITY Can Never SECURE: The free flow of info”.

The Tel Aviv Attorney claims the article contained “libelous content” and as Haaretz had deleted the article I was to do the same “within 5 days” or his clients “will pursue the legal actions and remedies available to them under any applicable law and jurisdiction, including without limitation the initiation of legal proceedings by local counsel in the competent courts of law in the United States.”

I wondered how could a law firm in Israel even know about my small site, so I Googled “Inside Intel/Bloody business in Africa” by Yossi Melman and learned that on the 2nd page the 2nd entry led to 5 January 2010 at We Are Wide Awake.org – Eye Witness Reporting on Israel Palestine

I have now removed the Melman article but not the introduction which follows that was provided by an editor with Jewish Peace News:

The third item highlights a different channel through which the supposedly democratic civic sphere – both inside and beyond Israel – integrates militarized practices, shading into violent coercion for profit and power, and into possible illegality. The item reports on a partnership of security consultants suspected of illegally peddling arms, military training and security systems to the new ex-military ruler of the African state of Guinea.

The partnership, including former Israeli officials such as former foreign minister Shlomo Ben Ami and former Tel Aviv police commander David Tzur, was contracted in part to “teach Guinean decision-makers in a ‘strategic’ workshop, for the stated purpose of increasing awareness of democratic values. Responsibility for the workshops was to have been placed in the hands of former foreign minister Ben-Ami and former deputy defense minister Ephraim Sneh…(See Amnesty International’s most recent press release on the current actions of Guinean decision-makers at: www.amnesty.org/guinea.) Following a September 2009 slaughter of demonstrators by the new president’s freshly trained soldiers, “The French government and the United Nations approached Israel with a request to examine the involvement of Israeli military advisors in Guinea”. The article reports on some of the surprising details of the still ongoing investigation. -Rela Mazali www.jewishpeacenews.net

What I wrote that proceeded that was a remembrance of Nakba and in defense of and exercise in freedom of the press, published first on 24 November 2008:

[Tel Aviv] Last night I left occupied east Jerusalem for the seventeen-hour return home trip to my sanctuary in Florida. I am home now and I am whipped!

I wore my NAKBA t-shirt and was greeted with a smile by my first inquisitor at Ben Gurion Airport, who inquired, “May I have your passport? Why did you come to Israel?”

I readily replied as I handed it to her along with my WeAreWideAwake.org business card, “I came to Israel in order to go to occupied Palestine to learn more about Al Nakba and report it all on my website.”

“Yes, Al Nakba, which is Arabic for The Catastrophe, The Disaster; the other side of the story of what happened when Israel became a state, in 1948. No coincidence, I think that UN Resolution 194 affirms the Right of Return to Palestinian’s who became refugees when Zionists grabbed even more land than ‘civilized’ white men partitioned to them.”

“Oh, I see…Did anyone give you anything, anything at all? I must ask as even a harmless looking item can be made explosive.”

“Nobody in occupied Palestine gave me anything except food, drink and good company. The only things explosive about me are the words that I pound out on my computer, for I am a citizen journalist, not corporate controlled media.”

I did, and she went to converse with three colleagues a few yards from me. Within a minute, they were all looking at me. Ten minutes later, she returned with a smiling man who held my passport and business card and introduced himself as “Security.”

I smiled and replied, “Happy to know you, I am Eileen.”

“What was your reason to visit Israel?”

“Well, you can read all about it on my website, and I hope you will. I have been to Hebron, Erez Crossing and occupied east Jerusalem. I came to learn more and report the truth as I dissent from the way my American tax dollars are spent. Seven to ten million U.S.A. tax dollars every single day, go to support the military occupation of Palestine, and that ticks me off!”

He maintained his smile as he nodded to the woman who applied white stickers on my bags and onto the back of my passport. I was told to proceed to the first x-ray machine for Phase Two of Security:

A bank of x-ray machines in the center of a long rectangular counter.

I was waved over to the long side where four employees stood and not one smiled at me.

I was politely ordered to open up all my bags and with plastic gloves on their hands they emptied out all my neat packing and swabbed every surface and examined every item.

I asked with a smile, “So, what exactly are you swabbing for?”

“Yes, I have heard that one before, but please tell me more. What exactly are you looking for in my cosmetics and dirty laundry?”

After my laptop was thoroughly swabbed I was politely asked to start it up and open up a program. I did as I was told as I inquired, “Why?”

“Security. I must take your computer away now.”

Oh great I thought as she disappeared from my view for at least five minutes. I am not one to give into paranoia, but I am having my laptop checked out by a geek asap.

After I was allowed to repack all my belongings, I embarked upon Phase Three of Security: The Strip Search.

I was told that I had to be checked for metal and so once again, I was led to the same door I had been led through twice before, marked SECURITY.

I knew the routine and as soon as I got behind the curtain I removed my shoes and belt and sat down until they were run through another x-ray machine.

When my ‘companion’ returned I stood without being told with arms extended from my sides and I was wanded all over and then thoroughly patted down; every inch of my body.

Once again the wand whined with intensity as it passed over the buttons on my jeans.

As before, I was told to sit down and wait while my companion went to fetch an unsmiling woman who entered the cubicle and introduced herself as “Security.”

She ordered me to drop my jeans to my knees.

My abdomen and pelvis were wanded once again.

After passing inspection I was led back to my belongings and my ‘companion’ wrote down my passport number on a log sheet. Then I was led to the Continental desk labeled “Security” to receive my boarding pass and accompanied to Customs as I wondered, why doesn’t SECURITY secure the human rights of human beings?