The Iran Attack is On. Which Weapons Group to Use?

The huge uranium business in the United States wields enormous power and influence in American military, business and political circles. In stark contrast, the US Navy has possession of two thirds of America’s nuclear weapons.

Since they do not make big campaign contributions the Admirals and Chiefs therefore have no voice in this Doomsday scenario. An interested party must “pay to play.”

The pro-nukers also fully expect the powerful American military to protect their global nuclear related businesses in addition to the politicians handing out lavish cash subsidies.

The focused logic of nuclear weapons and “facilities” anywhere dictates that a family’s loss of a parent, fetus  or child is always less important than the government’s desire to own thousands of nuclear weapons. This is true even though the nuclear destruction of the entire world requires only about 300 nuclear weapons.

Iran’s building nuclear weapons is not the pro-nuker businesses concern, though. The making and selling of nuclear fuel rods for reactors world wide with Russia backing them is their worst nightmare. 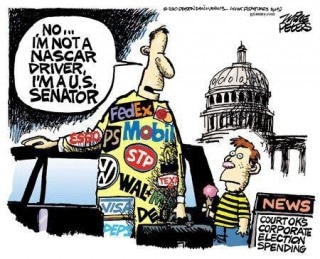 Iran openly held a press conference and announced the manufacture of their first nuclear fuel rod on Jan 2, 2012. On Mar 8, 2008 President Admadinejad announced  Iran’s intention to build 50,000 centrifuges for refining Uranium 235 to fuel rod purity (3% to 5% U235) for power reactors.

By way of contrast, the US produces all the uranium nuclear fuel it needs with only 3,000 centrifuges.

It appears Iran has every intention of entering the world wide nuclear reactor fuel market and competing with American, English, French, Japanese and/or any other nuclear fuel businesses.

With 50,000 centrifuges refining uranium Iran [as the Ruskies client state] can easily supply the uranium fuel needs for all the power and research reactors on the planet at a very competitive price, even a subsidized price if bought with a big reactor from the friendly Russian salesmen and women.

That is a direct threat to the continued Super Power status of the US and will not be tolerated. The US has clearly stated it is grounds for a preemptive nuclear strike.

Iran’s used-to-be-a-Super Power protector, Russia, is likely to look very favorably upon a request from any non-aligned country, existing Russian client state, or even an American client state for power or research reactors to be fueled by Iran.

This will easily amount to orders for hundreds of Russian nuclear reactors from Muslim countries.

That means it is a multi-trillion Ruble series of transactions. These transactions would change the balance of power in the world; thus, the US opposes the transactions.

Russian backing makes killing the Iranian salesmanship of uranium fuel rods for Muslim nuclear reactors built by Russians much more dangerous. The cold, calculating psychopathic officials involved get off on the thrill of staring death in the face, though.

The whole situation will quickly escalate. It may have already escalated behind the carefully staged “events” we get to see to one of open international economic warfare.

This situation can turn on a dime into real warfare utilizing the oldest to the most advanced weapons available to the US Superpower and its client states.

One of the leading American Presidential candidates has already promised to strategically bomb Iran’s “nuclear sites.” Iran in return promised an “immediate and overwhelming response.”

The currently sitting American President stated, as a matter of fact, that Iran would not be permitted to have “nuclear capabilities.”

Only British Member of Parliament George Galloway points out to anyone, including callers on his radio show, that there are “more than 80 Iranian nuclear sites.” Thank you for that much needed voice of sanity, Mr. Galloway. That is called “war” in my book; not just a so-called simple, strategic and clean “surgical” strike.

American politicians typically talk in coded phrases about any nation’s nuclear capability since it would be extremely politically incorrect for the nation to clearly interfere in another nation’s business activities.

Economic Warfare is a critical specialty of the so-called Department of Defense, or War Department, in all stark reality. These word games are to fool a huge number of unquestioning American Consumers.

A Bewildering Array of Weapons

The American President and his successors may see fit to utilize a vast array of weapons for the attack on Iran. First off, it is vitally important to get a handle on the idea that Iran is the indirect target of a covert nuclear war and the war has proceeded without a break for the past 20 years.

Hundreds of thousands of tons of vaporized uranium munitions in neighboring Iraq and Afghanistan are brought to Iran throughout the year on the monsoon winds.

As a result of the wind and rain borne fine uranium dust, Iran’s Total Fertility Rate has plummeted in the past two decades. Iran’s people cannot now produce enough babies to continue the nation of Iran.

In this regard, the US Army’s Involuntary Sterilization of the Heathens & Population Control Program is a blazing success. Continued and even increased funding is assured under all the foreseeable American Presidents.

As a result of the success of these secret and hidden wars with Iran, which is a real world power, not an empty shell like Iraq, it is clear that the successive American war-making Presidents usually choose hidden, covert ways to kill and maim lots of people and destabilize whole countries and regions.

In fact, that is the name of the game for the huge American “Chaos Agency,” the CIA.

A leading contender for the weapon to destroy Iran is the War Department’s ability to wage a hidden war utilizing the Earth’s own processes against Iran.

But, the simple fact is that Iran’s premier Russian Nuclear Power Reactor at Bushehr isn’t fully turned on yet after more than 35 years of construction.

The Iranians and Russians are afraid to turn it on and run the billion watt reactor at full power. They have every reason to be scared. Bushehr sits obscenely astride the convergence of three geologic fault lines. 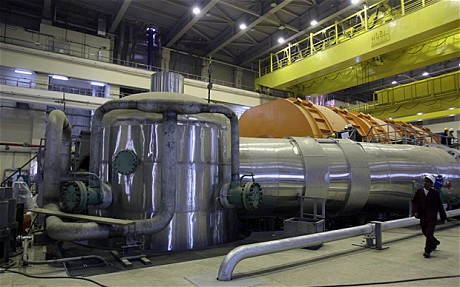 I predict that the Bushehr Nuclear Power Reactor will suffer a devastating Earth Quake as soon as the Iranian and Russian Powers-That-Be order the billion watt reactor switched “On” and build up about 200 Tons of high level radioactive poison in the reactor.

The American Strike will be over in minutes and leave behind utterly devastating damage and tons of air-borne radiation from lethally radioactive current and used reactor cores.

The ensuing cascade of deadly radiation in Western and Central Asia will take out many countries that are already weakened by 20 years of nuclear war in Central Asia, including Turkey, Israel, Iran, Iraq and Saudi Arabia; for Muslims world wide – this does include Mecca and Medina. About 20 nations and a billion people will pay the price for Iran’s nuclear enterprise folly. 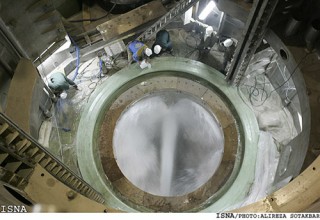 This is but another case of where the psychopathic “smartest guys in the room” at the DOD create a life on Earth ending apocalypse as the air-borne killer radiation spreads throughout the Northern Hemisphere.

Bushehr’s soon to be vaporized 200 tons of lethal reactor cores are projected to produce no less than a life choking 26,128.20 hot particles per cubic meter in the Northern Hemisphere up to 3000 meters in the sky (9,842.51 feet.)

Each highly radioactive hot particle is at least 85.78 times the Maximum Allowable Human Dose Permissible Per Year after 300 days in the doomed Bushehr reactor.  The resultant RadPoison takes about a year to go world wide.

The then current American President can generously offer vast amounts of American Aid from CIA Contractors in response to an “Act of God,” … as the now quite quaint saying goes. Isn’t “plausible deniability” Grand for the most lethal armed force on the Planet!

Will the peace loving Normals ever learn? The only God on Earth is the American President and the right hand of God is the Almighty US Military.

Copyright 2012 by Bob Nichols. Re-print only with Notes and Sources included.

All radiation data is IAEA sourced.

“Beyond the fringe of audience comprehension.” – cred Frank Zappa.