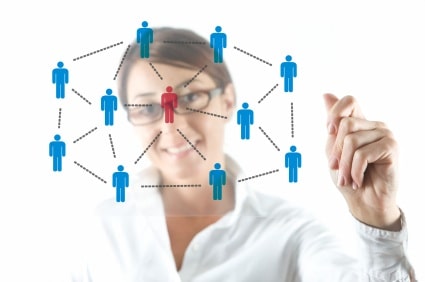 “The Little 12-year old girl was looking at her Dad laying in a bed at the VA hospital. “Don’t ever forget me”, he said to her.  I won’t Dad, she answered, ever.”

She walked onto the campus of the West LA Veterans Hospital in her Anne Taylor outfit and instantly could feel her throat tighten. “You OK Ma’am?” said one of the VA tour guides, a young male half her age.  There with other tour guides culled from the staff of the Director of the hospital to ensure that each VIP attendee found the right building and they also would be available to answer any questions that attendees might have before the planned tour of the new special housing unit.  As she was walking down the sidewalk towards the event, out of the corner of her eye she saw the main administration building and for the first time, for the very first time, she understood what “flashback” meant to all those military veterans who had talked to her about their experiences in war.  She could actually see herself standing in this exact same spot, what?  So long ago in her memory, it was what, a few decades ago?   OMG,  It didn’t matter to her she thought, what mattered at this very moment was she was here again, here at the West LA Veterans Hospital, the very same place she had come to visit her dad who had spent months at a time as a surgical in-patient for each of his dozen or so operations.

She closed her eyes for a brief moment and she could see him laying in his bed, and she could smell his after shave. It was the special way that he looked at her with his deep blue eyes that she remembered the most.  She caught herself reaching for a tissue just as a tear dropped from her left eye, and again, the tour operator said “Ma’am, you OK?” and she brushed him off with a wave of her hand.  “I’m fine, it’s just the pollen in the air” she said.  As she continued her walk, she then saw a veteran in a wheelchair, and sitting next to him was a little girl, maybe 12, maybe 13 years old. This time the flashback came stronger.  “Remember, her Dad said to her”, “Remember the sacrifices that American veterans have made for our country” and “Don’t ever forget that I will love you forever he said”.   She was now standing next to his bed with the strong smell of antiseptic everywhere, and there were other veterans sharing the same room as her dad, and she promised herself right then and there, she would never forget.

Fast forward to today.  Today, this sharp, smart, grizzled veterans advocate has continued to do exactly what she promised herself to do so many years ago at that VA hospital.  She has remembered the sacrifices of American veterans and has rolled up her sleeves and done something about it.

I was talking to this advocate as she was sitting in a hotel room in southern California, and she had some time to reminisce about her dad, her work,  (her husband) the love of her life, and the biggest challenge of her life, her son who is in college.

You know Ken, she said, It wasn’t that long ago that I was working on a free concert here at Camp Pendleton for the military families of the men who were deployed in Afghanistan and Iraq.  That was what?  Three years ago?  Five years ago?  God, I don’t remember.  But anyway, this concert was a blast, and you should have seen the eyes of the kids in attendance, who for just a little while, maybe an hour or two, they could forget that their dad or mom was in a combat zone half way across the world and they could just have some fun, like kids.

Now, this veterans advocate seldom speaks about herself.  Actually, if you dig a little like I did, you would find she is actually a little shy about talking about herself.   Here are a few things about her before I say who she is.

“Only 1% of Americans serve in the military. The other 99% have a responsibility to take care of our veterans when they return home.”

This quote is straight from the advocate’s lips, this visionary businesswoman who has created a clearinghouse for every resource, opportunity, and fact that any solider, sailor, airman or marine will EVER NEED.

This advocate has made serving America’s veterans her life’s work, because she knows personally the sacrifices brave men and women make for their country. She is the niece of one of the “Fighting Grossmans,”  Carl Grossman, the only one still alive. There were actually ten Grossman brothers, one being her dad. Eight of them marched into the service together in World War II, six saw combat, all returned home safe and sound. Of the two brothers too old to serve? One of those helped create the Atom Bomb. So unusual was it for almost an entire family to enlist, that President Roosevelt sent a thank you note to their mother!

The Grossman family “trust of heroes” is a genuine part of American history. Seventy years later, this advocate continues on as the next generation of the family serving America. Her brilliant “go-to” website  has answers to any question any serviceman or woman could ever need. If you want to find a golf course that gives veteran discounts, go to MilitaryConnection.com. If you want to learn about health benefits for veterans, about jobs, school loans and veteran benefits, or even calculate your hazard pay, it’s all waiting, conveniently and easy to access on  www.militaryconnection.com.

“I know what it is like living this life she told me. When the veterans come back, they have sacrificed everything. A lot of them don’t know what resources are available to them,” . MilitaryConnection.com solves that problem. It’s a woman-owned small business located in Simi Valley, California, near the Ronald Reagan Presidential Library. The business was founded in 1999 to help veterans and their families. MilitaryConnection.com has eight thousand unique visitors every day, has built a database of 800,000 soldiers and their families. Over 90,000 are Tweeting about the valuable information on the site!

“Veterans make wonderful employees and are wonderful entrepreneurs,”   So, in her spare time she also founded the Veterans and Military Business Owners Association (VAMBOA) to provide “networking, collaboration, mentoring, education, certification and advocacy” to veteran and military business owners. Especially this year, as tens of thousands of soldiers return from service in Iraq, veterans will need jobs and training.   MilitaryConnection helps link servicemen and women with the resources to help them take next steps in their lives

As you might expect the success of MilitaryConnection has helped it to be recognized as one of the Top 100 Employment web sites on the Internet. This advocate was awarded the Company of the Year in East Ventura County (California), Spirit of Small Business for 2011.

As the 12 telephone lines in her busy, lean business office ring off the hook each day, she is tireless in using her ingenuity and dogged commitment to serve America’s heroes. Every time a wounded soldier, a vet suffering with Post-Traumatic Stress Disorder or a wife starving for information about how to keep military benefits finds the answer they’re looking for, she receives the kind of pay that doesn’t fit into an envelope.  She can feel her dad smile at her.

This is Debbie Gregory folks.  We Salute you Ma’am.  Keep it up.