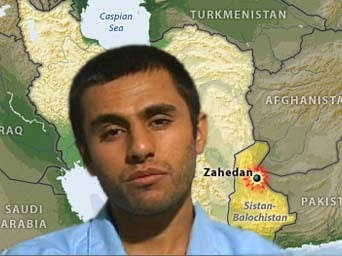 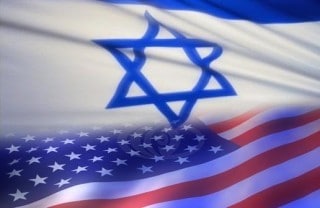 The temptation of attacking Iran long entertained by Washington and Israel is gradually crystallizing into a reality of fear and angst and has already become an alarmingly worrisome idea even for those who are wont to see the glass half full.

Amidst an escalating crisis following an exchange of threats between Washington and Tehran, US Army Gen. Martin Dempsey has visited Israel to discuss what is claimed to be an effort to stop a possible Israeli attack on Iranian nuclear sites. This is at least what Western media has been reporting with the manifest purpose of depicting the US government as Mr. Nice Guy who wishes to stop an Israeli attack without having any intention of its own to participate in another military expedition in the Middle East. Is this a sudden political volte face?

US President Barack Obama has recently sent a letter to the Leader of the Islamic Revolution Ayatollah Seyyed Ali Khamenei through three different channels; the Swiss envoy to Tehran Livia Leu Agosti–the United States’ official diplomatic proxy in Iran; Obama’s UN envoy Susan Rice and the Iranian mission to the United Nations in New York Mohammad Khazaei and Iraqi President Jalal Talabani. The letter is reportedly an invitation to talks between the two parties in order to resolve the so-called nuclear stand-off. Strange as it may be, Swiss envoy to Tehran Livia Leu Agosti delivered the letter to Iran and reportedly quoted Obama as saying, “We (the US) have recognized Iran’s nuclear rights.”

Yet, in another development of note, an article appears on Foreign Policy and suggests that the Mossad agents passed themselves off as CIA operatives, approached and hired some elements of the Jundallah terrorist group in order to carry out acts of terrorism in Iran. Parenthetically, Jundallah, an offshoot of al-Qaeda and a favorite of the US government, is an anti-Iran terrorist group based in Baluchistan of Pakistan which has repeatedly embarked on spree of assassinations (from women and children to government officials) in Iran.

As to the report in Foreign Policy, there are two assumptions:

1. Why should the Mossad agents pass themselves off as CIA operatives in the first place? Does it mean that the Jundallah terrorists would have acted differently if they had been approached by Mossad agents directly?  Well, the answer is no. Terrorists are terrorists and there is no point in thinking that they would say ‘yes’ to one spy agency and ‘no’ to another. In case of Jundallah which follows no other agenda but to inflict a lethal blow on Iran, it seems quite far-fetched to imagine that their ultimate objectives would be in substantial conflict with those of the Mossad.

2.  Even if we naively concur with the assumption that Mossad agents engaged in some sort of ‘false flag operation’ (as Mark Perry artfully proposes to convey) in recruiting the Jundallah elements, we are left with yet another bigger question: does this exonerate the CIA in their sabotage activities in Iran?  Is this meant to direct all the blame for the assassinations in Iran on Israel and cleanse instead the notorious CIA considering the fact that the duo for the most part (at least on the Iran’s issue) have worked in collusion with each other? Let us not forget that only in recent weeks, US Republicans have openly asked the US government to engage in more nuclear assassinations. Behind this arras of political chicanery, one tends to see a mega plot intelligently being woven.

Mark Perry’s article on Foreign Policy titled ‘False Flag’ (13 January) contains an interesting point which needs critical attention. The writer builds his claim on the basis of what he has gained from two unnamed intelligence officials who refer to a series of memos “buried deep in the archives of America’s intelligence services”. These two hypothetical figures, “one of whom has read the memos and another who is intimately familiar with the case,” say the “Israelis, flush with American dollars and toting US passports, posed as CIA officers in recruiting Jundallah operatives-what is commonly referred to as a “false flag” operation.”

While the article is per se an open confession to covert operations including assassinations carried out by the Mossad against the Iranian people, it does not render null and void the important role of the CIA in the sabotage activities in Iran.  So the report by Mr. Perry does little to change the situation in favor of Washington.

Be that as it may, the US agenda on Iran is heavily influenced and determined by Israel; the US is the body which cannot be separated from its head i.e. Israel. In fact, Washington and Tel Aviv abide by an ominous shared agenda on Iran: war.

A war in the Middle East region, especially if waged on Iran which wields powerful influence, will draw Washington closer to its ultimate objective: global hegemony.

With the Middle East in turmoil, the US will avail itself of the opportunity to set the wheels in motion, indulge in its expansionist polices and play the role of Middle East gendarme.

These new attempts are only new ruses to temporarily alleviate international concerns over another round of US-led adventurism.

But isn’t it easy to see the horror on the horizon?