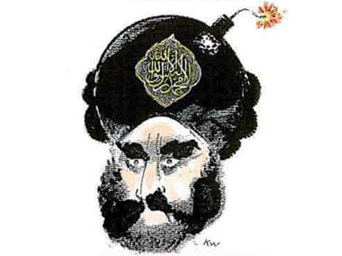 The article below is my revision and republication of an article by Dr. James H. Fetzer, originally published in Scholars for 9/11 Truth on February 2, 2008. Its many qualities are his, and any deficiencies are mine.

In 2006 a former Army intelligence officer detected evidence that a false flag nuclear operation would be carried out against the British Petroleum refinery in Texas City, Texas, part of Ron Paul’s Congressional district, on January 31, 2006.

Captain Eric H. May, a former NBC editorial writer whose political and military essays had appeared in The Wall Street Journal, The Houston Chronicle and Military Intelligence Magazine, issued a series of warnings through alternative media interviews and articles. The mainstream media at first ignored them, but were compelled to report them when a day-after nuclear response team arrived and set up operations in Paul’s district on February 1, 2006 — the day after Captain May’s predicted attack date.

Galveston County Daily News reporter T.J. Aulds had long been suspicious of the repeated explosions at the BP refinery, the nation’s most toxic industrial site. In Nuclear attack warning story dismissed, published on February 2, 2006, he wrote:

If you are reading this, you survived a predicted nuclear attack on Texas City.  Recent weeks have seen the city mentioned as the subject of rampant Internet and e-mail claims suggesting that emergency management officials were preparing for some form of attack.

Officials with several agencies said those reports are false. Shauna Dunlap, a spokesman for the FBI, said that there are “no credible or corroborated threats to the area.”

That attack was to have taken place Tuesday, based on those reports. A report filed on the Arctic Beacon web site as well as the site owner’s Internet radio show had warned of a pending nuclear attack on the city — not from terrorists, but the federal government.

Basing his information on a report from a man claiming to be a former U.S. Army intelligence officer, show host Greg Szymanski reported that the area was likely the target for a government-led nuclear attack. The report quickly made the rounds via e-mail and blog sites.

Despite the headlined dismissal, Aulds’ own reporting seemed to confirm the nuclear attack warning story:

On Wednesday, people driving along Galveston’s Seawall Boulevard could see unmarked black trucks and sport utility vehicles bearing government license plates near crews setting up what appeared to be satellite or radar gear on the beach. . . . The crews were wearing shirts embossed with the words, ‘Weapons of Mass Destruction Civil Support Team,’ a branch of the U.S. Defense Department. It was enough to get even the most timid conspiracy theorist thinking something was up.

Greg Szymanski, a noted investigative journalist, wrote a gripping series of articles about May’s false flag forecast for The Arctic Beacon, beginning the week before events bore him out. Rather than rely on Bush administration officials, he turned to reputable Texas City insiders, especially a British Petroleum employee and a local minister.  He wrote

Jan. 25, 2006: All Signposts Lead To Imminent Nuclear Attack In America — Intel Army Capt. Eric May Issues ‘Red Alert’ For Next 9 Days For Texas City-Houston Area.  Capt. May claims to have broken the Illuminati and Bush Cabal’s “embedded code” in an effort to beat the neocons at their own nasty game. Ca pt. May may have thwarted one attempted nuclear attack last July, but says the Bush Cabal is coming back again for a second try.

Citizens who read Captain May’s articles about false flag attempts in the East Texas oil patch urged him to contact Ron Paul with the details.  Some tried to contact the congressman themselves, but thus far to no avail.  A fair number of them believe that it was the Bush administration’s design on Texas City that prompted Paul’s 2008 presidential bid, while others believe that Paul is a part of the false flag plan.

May has noticed a pattern in the selection of targets for attacks, including New York City in New York, Oklahoma City in Oklahoma, and now Texas City in Texas

“Anticipating what they are going to do next is not rocket science,” he observed, “but it requires patience and attention to detail.  Let’s hope that we will be as successful in thwarting other attacks by our own government as we were in this instance.”

Dr. Jim Fetzer has featured Captain May as his guest on “The Dynamic Duo” several times and takes his analyses seriously.

“I wish I could tell you that he’s wrong,” Fetzer said, “but the evidence we have discovered about 9/11 suggests that this administration has no scruples when it comes to sacrificing innocent lives to advance its political agenda.”

Dr. Kevin Barrett, who has closely followed May’s research, also believes that these signs have to be taken seriously.

“In the Texas City, Texas, case, even the mainstream media reported indications that strange events were in the works,” Barrett said, “including unmarked black trucks and sport utility vehicles bearing government license plates near crews setting up what appeared to be satellite or radar gear on the beach, and the crews were wearing shirts that said, ‘Weapons of Mass Destruction Civil Support Team.’  We may have been very lucky that Captain May sounded the alarm,” Barrett said.  “My impression is that Captain Eric May is one of the bravest and most eloquent intelligence analysts in the United States today. It is regrettable his state of health has deteriorated to the point that we are not going to be able to count on his research much longer.”

The timing of the apparent false flag attempt, which May supposed would occur in the hours before Bush’s January 31, 2006 State of the Union Address, explains an otherwise inexplicable series of events:

February 1-2: A dozen cartoons attacking Islam are published across Europe. According to prolific scholar James Petras, in January Mossad activated media sayanim (helpers) to reproduce the cartoons on February 1-2. The cartoons, especially one linking Islam to a bomb, were probably designed to be wartime propaganda to follow a false flag nuclear attack against Texas City.

February 1: The Synthron petrochemicals plant explodes and burns in what could have been a large-scale catastrophe. Katherine Torres’ article, North Carolina Workers Alive Because of Possible Pre-Explosion Warnings, has all the clues necessary to infer that Synthron, like BP, was a target in the aborted false flag operation.

February 6-10: The first international, inter-agency and industry-wide Internet terrorism exercise, and Cyber Storm occurs, and was probably intended to support the Global War plan. The difficulty in finding articles about it is disquieting, with the upcoming National Level Exercise, 2012 taking cyber operations to the highest level yet, and presenting the same danger of going live to support a war on Iran.

February 14: The Washington Times runs a scathing editorial, Arab-owned American ports?, condemning the Bush administration’s bizarre decision to turn over the management of several U.S. ports to a United Arab Emirates company, Dubai Ports World. The fiasco is attributed to presidential bungling, but a more plausible explanation is that the UAE was to provide key logistical support for the intended war on Iran.

February 21: Bush threatens to veto any Congressional attempt to block the Dubai Ports World deal. It will be his first veto, and his determination sets him against public opinion and the legislative branch.

February 22: An alleged Al Qaeda bombing destroys the Mosque of the Golden Dome, one of the most important sites to Shiite Muslims. In Iraq the act of terrorism sparks internecine conflict between Shiites and Sunnis, while in the U.S. it allows the Bush administration to shift public scrutiny away from its shady dealings with the UAE.