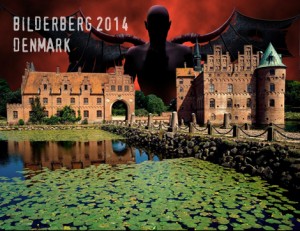 It sounds like dystopian science fiction, or a conspiracy theorist’s worst nightmare.

The strangest part is that it’s true. The 2011 destabilization of Syria, the 9/11/2008 Goldman-Sachs-led controlled demolition of the world economy, and probably even the 9/11 false flag events were all plotted or okayed by the Bilderbergers.

Fortunately, the world is fighting back. The rise of the internet-based alternative media has shredded the secrecy surrounding the annual Bilderberg conference, allowing the people a glimpse of what their masters have in store for them. And the nations resisting the Bilderbergers’ world takeover attempt, led by Iran, Russia and China, are gaining ground.

That is why this year’s Bilderberg conference in Copenhagen, Denmark, which ended on June 1st, was an exercise in damage control.

The Bilderbergers’ first concern, according to journalist Daniel Estulin, is the rise of Iran, Russia and China. The gas deal between Russia and China – and Iran and Russia’s successful defense of Syria against NATO-led aggression – have raised grave questions about whether the Bilderberg-led West can continue its world-domination scheme.

May 2014 brought bad news for the Bilderbergers. Russia, stung by NATO skullduggery in Ukraine, announced that it is spearheading a new Eurasian Economic Union. Meanwhile, China has just called for an Asian Security Alliance that would include Russia and Iran. All of this, on top of the Russia-China gas pipeline deal, suggests that the world is spinning out of the Bilderbergers’ control.

In response to these setbacks, the Bilderbergers are contemplating a “grand bargain” with Iran. They recognize that the West’s Zionist-driven economic sanctions have failed. The sanctions have simply led to Iran trading with China and Russia rather than the West. Ending the sanctions could set off an economic boom in Iran, allowing the West to share in the profits.

A “grand bargain” could help situate Iran as an independent third party rather than a full-fledged fire-breathing member of the new Eurasian anti-West alliance. This could represent a big win for Tehran, turning it into world’s-most-courted debutante. It would signal the West’s belated acceptance of Iran’s Islamic Revolution, and put an end to the bullying, threats, and violence that have characterized the West’s policy toward Iran since 1979.

The Bilderbergers’ next concern, according to Estulin, is the rise of anti-EU sentiment in Europe. The success of nationalist parties in the recent European Parliamentary elections represents a direct challenge to the Bilderbergers’ long-term vision of a US-EU alliance ushering in the New World Order.

Estulin’s source says the Bilderbergers put this item on their agenda even before the recent EU elections. He says the New World Order elite is worried that “a nationally driven and divided Europe would be reluctant to take globalization for granted.” Indeed, the EU’s destruction of national sovereignty is supposed to be the model for what is in store for the whole world. If the EU sputters and dies, the dream of an American-European-Zionist New World Order dies with it.

The Bilderbergers are also worried about the blowback from Edward Snowden’s revelations about NSA spying. They are worried that American and especially European citizens will demand privacy protections that will impede the NSA’s “total information awareness.” (The NSA is the all-seeing-eye at the top of the New World Order pyramid depicted on the US dollar bill.) The Bilderbergers discussed strategies for defeating the privacy-rights advocates and continuing their progress towards a world in which everyone and everything is under total, permanent surveillance. They recently gained a small victory by limiting a German investigation into NSA surveillance and blackmail of that nation’s leaders.

The most disconcerting and ominous item on this year’s Bilderberg agenda was a forum on criticisms of Barack Obama’s foreign policy. Daniel Estulin quotes the Bilderbergers:

“Critics of the US president blame him for betraying America’s leadership overseas, citing failures to defend American interests in Syria and lately in Ukraine. Obama’s newly announced doctrine calls on scaling down reliance on military force and using diplomacy and collective action instead. Bilderberg members will discuss whether this policy is doomed.”

Translation: The neoconservative architects of 9/11 and the 9/11 wars are disappointed that Obama refused to bomb Syria, attack Iran, and go to war with Russia over Crimea. They also believe that the US may have to attack China to prevent that nation’s rise to world’s-leading-superpower status.  These fanatics are willing to risk World War III in a desperate attempt to prevent the world from going multi-polar. Some are Hobbesians who believe the world needs a “sovereign” (a sole superpower, namely US-NATO) to prevent global anarchy; others are Zionist freemasons determined to establish a one world government with its capital in Occupied Jerusalem.

If these people get their way, the future of the world will be nasty, brutish, and short.

So now, thanks to people like Daniel Estulin and his sources, we know what topics the Bilderbergers discussed this year. But we do not know what decisions were taken.

Will the Bilderbergers opt for a gradual, peaceful transition to a multi-polar world by making peace with Iran and refraining from excessive aggression towards Russia and China? Or will they give the nod to the neocons, who will then set off a huge 9/11-style false flag attack to launch the next round of bloody imperial conquest?

The neocons easily fooled the world on September 11th, 2001. At that time, the expression “false flag attack” had not yet entered the world’s vocabulary.

Today, false flag awareness is at an all-time high. Whenever a spectacular “terrorist” event happens, whether it is the Boston Marathon bombing, the Sandy Hook shooting, or the chemical weapons attack at al-Ghoutha, Syria, the first question on many people’s minds is: Could this be another false flag?

Non-corporate media outlets such as Press TV, VT, Russia Today, Global Research, Infowars, WhatReallyHappened, CitizensForLegitimateGovernment, TruthJihadRadio and others have helped popularize the term “false flag.” Thanks to the independent media, millions of people have heard of Operation Northwoods, Operation Gladio, the Lavon Affair, Operation Cyanide, and the 46 drills of 9/11.

So if the Bilderbergers opt for another huge false flag, they will have to take down the internet. The obvious way to do that would be through a “cyber-9/11.”

Did the secret Central Committee of the Bilderberg Group just authorize a massive cyber-9/11? Or have they opted for kinder, gentler tactics this year?

To find out, stay tuned to the alternative media…while you can.