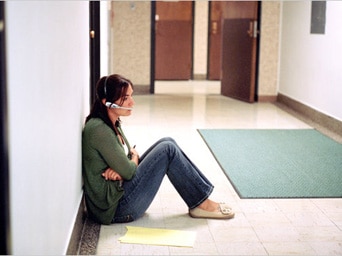 A new Veterans nonprofit, “Veterans Workshop” has begun their nationwide recruitment for Volunteers who can assist with answering calls from American Veterans via a new Veterans911 hot-line.  This new project has some uniqueness to it and an interesting model to pay for itself said  “Bob O’Brien”, one of the directors.

This columnist was walked through the entire concept and shown in detail  how the project works and it was explained to me  how in the near future, advertising and social media efforts will begin to reach out to  Veterans, friends and family of Veterans and even to businesses that employ Veterans showcasing the services that are offered.

Imagine that a Veteran had access to a toll free number that he/she could call, 24/7 and the person on the other end answering the call wasn’t an employee of a government agency, wasn’t someone working for  DOD or the VA, but was a committed American, Veteran or non-Veteran, looking to listen and help.

Imagine that the volunteer answering the call had as a resource, a HUGE database of services provided to Veterans.  Medical, educational, employment and housing programs along with disability benefits information all indexed by zip code.  Then imagine that the volunteer (they call themselves special agents),  could, at the conclusion of the call offer to the Veteran the option of joining a “Real Time” conference call with other veterans with similar issues staying on the conference call as long as they wanted.

I asked to see their web offering and they sent me to  www.Veterans911.com

After looking around the site, I entered my data as a volunteer, and was given a phone number to call for all new volunteers (202-695-8049).  I called the number in DC and got a nice woman who confirmed with me the following:

I was shown behind the scenes where powering this hot-line was a very sophisticated SIP-Trunk PBX phone system. Most likely hosted PBX.

I asked for a tour of that system and was astounded.  Seems that all volunteers need to do is to  give a primary phone number  (In my case my cell), and that is the phone number  the system uses to transfer calls to me.  I was allowed to pick a shift to volunteer  (there was a two hour minimum), and my shift is early morning, 5am to 7am, the second Monday of each month.

It was explained that I would get a preliminary call at 4:55 AM that morning from a robot caller, asking me to confirm that I was actually available to take calls, and by pressing one I would be shown as online and ready to take calls from Veterans.

Veterans calling the hot-line would be sent onto me in a process that also was amazing as Veterans in my State would be sent to me first, and then any call could be sent in order of who was “available”.

After answer the phone, I would confirm some data that each vet has already given  (name, address, phone #, email, etc) and I would check  some military data (branch of services, status, etc).   When I asked why this was needed,  I realized how well thought out this idea had been vetted.

“During our Beta” said O’Brien, we started to get calls from kids.  Kids under the age of 18, and we looked for a way to fix that issue.  The data collected is used by us to assist the Veteran, so when you get your first call as a volunteer, you will see the Veterans name on your computer screen and you can answer the call “Hello Bill” or “Hello Mary” and one thing we have found, is that by telling the Veteran we are NOT the VA or DOD, it makes it easier to get the Veteran to relax, open up and tell us what they need.  Most just need someone to talk too.

How you paying for all this?  I asked

We solicit sponsors said “O’Brien”.  Our costs, including all of our hardware, software and staff equals maybe $0.10 per minute per caller.  We have sponsors who donate 10-20-30 and even 50 thousand minutes per month of time, as a tax deductible donation.  With each sponsorship, when a vet calls our hot-line they hear “Thank you for calling the Veterans Hot-line, Sponsored by (Insert sponsors name here) then the call is connected to a volunteer.

You run this project with sponsorship money?  I was amazed.

Yes we do, and of course as a nonprofit, we take care to Shepard the sponsorship money carefully and squeeze every nickle out we can.

We take donations from small companies to large companies and we accept donations from $5 to people who have donated their car to us.  All an all, we keep our overhead low, our staff is small (less than 10) and we are all Veterans ourselves, we know how to make do with very little.

We took an oath  NOT to take government money, and we won’t.  Period.

Now, there are other interesting aspects of this hot-line and I will write future articles.  But in the meantime, if your interested, go to the site www.Veterans911.com  and sign up as a Volunteer today.  Maybe we will be working the same shift some day.