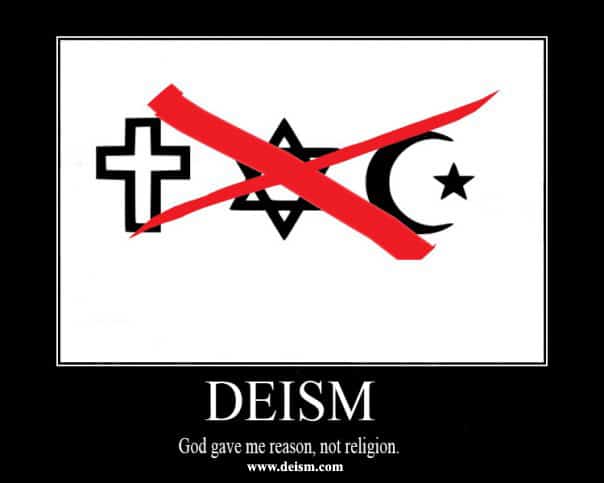 “How can you not say something about this?”

I  recently read a story online about a little 8-year old girl from Israel and the trouble she encounters just going to her local elementary school everyday because some ultra-orthodox Jews living in a city called Beit Shemesh take offense to the way she dresses .   Now, before anyone’s hair catches on fire, and before I get tons of emails screaming that we ought to nuke all the Jews or demand that all “Rag-head” Muslims or Blood Soaked Christian Crusaders should be murdered for what they have done in the past, hear me out.

It seems religious extremism has no boundaries.  As I read about this little girl in Israel, it made me think about my own 8-year old little girl living here in the USA and I wondered to myself what  would I do if someone was threating her on her way to school everyday just because she didn’t wear her clothing some particular way or somehow she showed her bare ankles or bare forearms or she wore a skirt that was deemed to be too short or she forgot her head scarf.  I wondered what I would do if someone other than me and my wife were talking to this little girl about this issue.

It prompted me to do some research online about religious extremism and what I have found after reading a ton of material is that no particular religion owns the exclusive franchise on extremism.  Jews, Muslims, Christians, they each have their own in-house nut jobs who think that their religion is the only way to a life after death, and if your not doing it their way, then your a heathen or a non believer or a devil.  I read stories about Muslims in some countries that don’t allow any education for any females, as doing so it seems is somehow against the Quran.  That’s just pure crap; I couldn’t find where it states that women are less than men in any of my searches and I even called a Mosque here in the states for some enlightenment about why women should not be taught in school.  To me, it’s just old men interpreting what they think the prophet spoke about in regards to women.  These supposedly smart Imans think that women belong in the Kitchen and nowhere else.  They are afraid it seems that if women were treated as equals, well, the whole world would collapse. I also read that women can’t legally drive a car in Saudi Arabia.  What kind of a 7th century nut job rule is that?  I bet that again it was some religious whack-o who thought if women could drive, well, they wouldn’t stay home.  I read that in some of the Christian parts of city of Jerusalem Muslims are not welcome, and neither are Jews.  Seems that Christians think that the preaching of Jesus told them that Jews and Muslims are somehow bad to hang around with.  I couldn’t find that in the Bible or the New Testament either.

There are those who will think it is blasphemous for me to even write this article.  That somehow, because I am trying to draw out into the light, 7th century traditions and wacky interpretations that are outdated and have no part of a modern society, that I am somehow myself being extreme.  Go figure.

Here is what I know.

I live in the smallest state in the USA.  My neighbors (all living within a mile of me), are Jews, Muslims, Christians, Hindu and one who practices Buddhism.    Now, I really don’t care if they pray to the moon, or if they don’t pray at all, but please don’t tell me who to pray too, or make fun of me if I don’t practice your religion.  Its called “Tolerance” and freedom of religion here and it means you have the right to practice what religion you which, but you can’t force me or anyone else to bend to your religions rules.

Living as a Jew in Baghdad these days is impossible because of extremism.  Not because you can’t find work, or don’t know how to do something constructive for the country, no, you see, living in Baghdad as a Jew puts you with (4) four other Jews, four, that’s right, four, out of a city of millions.  Four Jews are in Baghdad, and that is because?  It’s because there is no tolerance nor freedom to practice your religion of choice.

Then if you go to Medina, burial place of the prophet, you would see that there are no churches , no synagogues, no acceptance of any other religion besides the Muslin religion.  You begin to get the idea.  No one religion owns the franchise on stupid.  That’s right, stupid.   Its stupid not to allow a woman to drive a car and say that religion said so.  Its stupid to spit on an 8-year old little girl because she is not of your faith.  Its stupid to protest funerals of Veterans in the USA in the name of Jesus when you and I know, none of that is what any of the prophets  intended.

I really wish that Abraham could come back for a day and have a discussion with both Jesus, Muhammad and I really wish  it could be telecast live  on the internet for all to see.  I would love to hear that discussion, as I am sure, Abraham would say that somehow, his intent on belief of a higher power was never this collection of intolerance and hurt.

When are we going to end this ignorance and become more tolerant of each others belief’s?  I understand that this is not the be all end all explanation of these three branch’s of religion, all with one founder, but here is my best shot at explaining what we are dealing with here:

A Muslim (Arabic: مسلم‎), also spelled Moslem,[1] is an adherent of Islam, a monotheistic, Abrahamic religion based on the Quran, which Muslims consider the verbatim word of God as revealed to prophet Muhammad. “Muslim” is an Arabic term for “one who submits to God”.

In Jewish tradition, Jewish ancestry is traced to the Biblical patriarchs Abraham, Isaac and Jacob in the second millennium BCE. The modern State of Israel defines itself as a Jewish state in its Basic Laws, and is the only country where Jews are a majority of the population.

A Christian is a person who adheres to Christianity, an Abrahamic, monotheistic religion based on the life and teachings of Jesus of Nazareth as recorded in the Canonical gospels and the letters of the New Testament. “Christian” derives from the Koine Greek word Christ, a translation of the Biblical Hebrew term Messiah.

Now, it leads me back to the core concept that all men are created equal, and endowed with certain inalienable rights, the right to life, liberty and the pursuit of happiness.

Now Jews that are intolerant of that little 8-year old girl should be sent onto the Island of Misfit religious whack-o’s, along with the religious police of countries that hunt down those that don’t pray enough, or are wearing the wrong clothing or driving a car, and it should include the nut job pastors and preachers who take their flocks to a foreign country and then have them drink spiked Kool-aid to allow them to get closeer to their god.