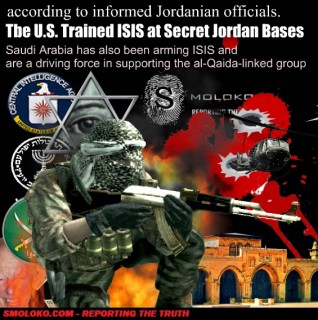 The US and its allies created the name “Islamic State” for the terrorist group ISIL in order to discredit Islam, an analyst tells Press TV.

Kevin Barrett, an editor for Veteran’s Today, told Press TV in an interview Monday, “They’ve created the name ‘Islamic State’ (IS) for this group to try to discredit political Islam and the Islamic Awakening. They have pretended that it’s an enemy, but it’s an enemy they created and it’s serving their interests.”

“They are training the Western people to hate Islamic State – they use Islamic State as the reason for stepped-up US intervention,” the commentator said.

The comment comes as warfare between Kurdish fighters and the ISIL Takfiri militants rages on inside the strategic Syrian border town of Ain al-Arab, also known as Kobani.

Over 400 people have reportedly been killed in weeks of heavy battle in Kobani. The reports also say that intense fighting over the strategic town has forced over 200,000 people to take refuge in neighboring Turkey.

The United States and its allies started airstrikes against the ISIL bombing the outskirts of Kobani last month. However, there is growing concern over the effectiveness of the military operation with many Kurdish officials saying the air raids are not working.

Barrett wonders if the US is sincere about stopping ISIL, noting that ISIL was created by the US and its allies in the Middle East region.

“There is the question of whether ISIL is playing a role to provoke this kind of intervention allowing the US and its regional allies – you could call them its regional puppets – to move in and try to overthrow the government of Syria,” he further stated.