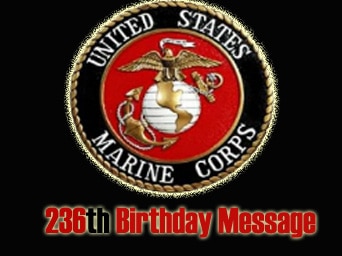 The Continental Marines were the Marine Force of the American Colonies during the American Revolutionary War.  The corps was formed by the Continental Congress on November 10, 1775 and was disbanded in 1783. Their mission was multi-purpose, but their most important duty was to serve as on-board security forces, protecting the Captain of a ship and his officers. During naval engagements Marine sharpshooters were stationed in the fighting tops of the ships’ masts, and were supposed to shoot the opponent’s officers, naval gunners, and helmsmen.

In all, there were 131 Colonial Marine officers and probably no more than 2,000 enlisted Colonial Marines. Though individual marines were enlisted for the few American naval vessels, the organization would not be re-created until 1798. Despite the gap between the disbanding of the Continental Marines and the current organization, the United States Marine Corps celebrates November 10th, 1775 as its Birthday.

I know some Marines, and I know some Navy Corpsmen who served with Marines.  Today is your day and you all have the right to celebrate.  I am told (but since I am not in the club, It’s a rumor), that on this day, each Marine gets a piece of birthday cake, all around the world and the first piece of birthday cake is served to the youngest Marine in attendance and the second piece to the oldest Marine in attendance.  To those two Marines, wherever you are, around the world, Semper Fi.