Home Military Sons of the Fallen from Iraq and Afghanistan 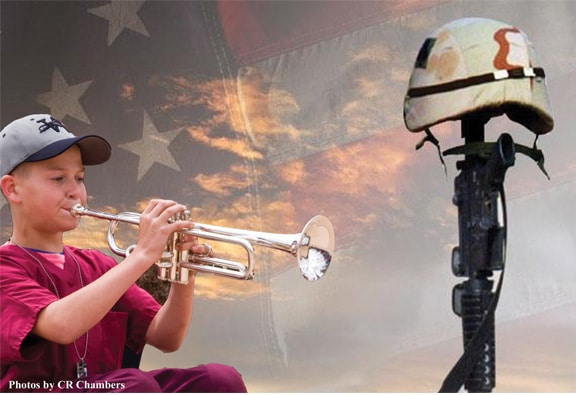 “Seldom do I ever tear up, this is one of those times”

I seldom get moved about a movie, or a cause, beyond the confines of my own home, where I take time for my own kids every day, day after day, week after week.  Like a lot of other parents out there, I worry about the welfare of my own kids and their schooling, what friends they have and how they are developing as people with the lessons about life that I teach.  I worry that I haven’t shown them enough about the real world, or I haven’t given them the bigger picture of what the world is all about or what it has to offer.

So, recently, I got an email from a Hollywood producer and was about to move onto the next email when I went to youtube and watched the video below.  It said it all.  Here is the story of a group of dedicated Americans who have not forgotten the kids of those who have given their lives for us.  Right or wrong, supporter or non-supporter of the war, these are kids, just kids, kids who didn’t ask for anything other than a chance to know their dads.  They lost that chance and and now a group of concerned Americans have come together to offer them a chance to be kids.  I would suggest you go to hulu.com and type in “sons of the fallen”  and see what I saw.

HERE IS THE EMAIL

Hi Ken, my name is Conrad Ricketts and you may know my work as Executive Producer on ABC’s, Extreme Makeover Home Edition. I have a new show that the networks said no to, but I could not.
“Sons of the Fallen” is about 25 boys with one thing in common — their fathers paid the ultimate sacrifice while serving our country.

Shot in Colorado in HD, viewers will watch as 25 boys set off on a journey to build self confidence while they undergo camp challenges and at the same time tell their moving personal stories and celebrate their fathers. Their journey includes things their fathers would have done with them such as hiking the 14,000 foot Pikes Peak, rock climbing, and riding in real race cars, Host Joey Truscelli, Bill Goldberg and Ryan Merriman will guide the story and give these sons of the fallen heroes a voice. You can watch the show for free on Hulu.com, Any help you can give by passing the word and getting people to watch will help us convince a network to pick it up as a special.
Thanks,
Conrad

READ THIS AND WEEP

Lt. Col. Steve Harrold had the idea and Joey Truscelli had the means. Together, they teamed up with several mentors to give 25 boys who lost their fathers an unforgettable experience.

A major at the time, Harrold met the former Indy car racer and former Marine outside a grocery store where Truscelli was raising money for a blind veteran. With plans to work on some “feel good” stories with producer Conrad Ricketts, Truscelli purchased a ranch in Colorado for children who needed a boost in their lives, Truscelli said.

At the end of Harrold and Truscelli’s conversation, Harrold’s group, Knights of Heroes, joined forces with Truscelli and Ricketts to create Sons of the Fallen.

The weeklong camp was held at Truscelli’s Big Divide, Colo., ranch for boys 7-17 years old who lost their fathers while serving.

With the help of Ricketts, co-creator and executive producer of “Extreme Makeover: Home Edition,” the boys’ week at the camp was documented to create the two-hour tribute film “Sons of the Fallen,” which has shown at about 500 theaters across the country.

The tribute shows the journey as the boys overcome their fears and find strength and confidence within.

Ricketts and Truscelli saw the tribute as an opportunity to give the boys a voice and to raise awareness.

“It’s giving a voice to the young … for people who need a voice,” Ricketts said.

Ricketts said the tribute is a call to action to let people know these families are out there.

“They live in your hometown. There are still thousands and thousands serving. It’s a call to action that you can make a difference,” he said. “If you’re having a barbecue, invite that family.”

Mentors at the camp set out to make a difference in the boys’ lives, but in turn learned from the boys’ strength.

“You go in thinking you’re going to make a big difference in these kids’ lives, but they change your life,” Truscelli said. “It inspires you not to complain and to be thankful and appreciative.”

“We all thought we would be mentors — it turned around,” Ricketts said. “Their strength is so amazing.”

Truscelli said a 7-year-old boy who climbed 14,000-foot Pikes Peak inspired him. “Bill Goldberg wouldn’t do half that.”

Ricketts said he was overcome by the strength of the boys, with one boy’s story fresh on his mind.

“We had one boy. After he had a conversation with his father, his father committed suicide,” he recalled. “He thought it was his fault. He had the opportunity to sit and bond with other boys.”

During the weeklong camp, boys were able to participate in bonding activities with the mentors, doing things they would’ve done with their fathers.

Through the experience, Truscelli said, “(The boys) know there’s people who care and people they can rely on.

“I think the biggest thing is they felt they weren’t alone.”

Truscelli said he stays in contact with the boys, whether it’s through text messages, e-mails or phone calls. “They’ve lost their fathers, you don’t want to be another loss they experience,” he said. “We can’t replace their fathers, but we can still help.”

Schwan’s President Scott McNair underwrote the cost of production and donated food for the camp. Schwan’s presented all the families with a year supply of Schwan’s meals at the end of the camp.

Daughters of the Fallen Might be in the works

If it works out, Truscelli plans to have the Daughters of the Fallen camp.

“Women have a different perspective of losing daddy,” Truscelli said. “He can’t walk them down the aisle or go to father-daughter dances.”

The mentors will be father figures who will do activities with the girls that they would’ve done with their own fathers.