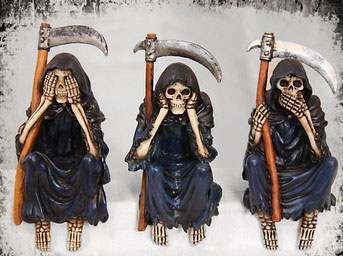 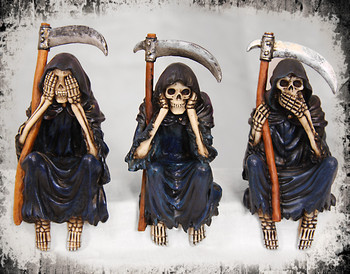 Many kind readers have written me to ask about about my sudden and long silence, which began on Veterans Day. Some speculated that I might be having problems stemming from my Lou Gehrig’s Disease (ALS). Regrettably, they were right.

ALS is a relentless foe that eventually attacks the respiratory system. Throughout 2011 I struggled with a chronic infection in my lungs, which flared up into pneumonia after my more intense periods of writing. Accordingly, I spent much of last year hospitalized:

The lamentable time I spent at the Houston VA hospital was the subject of my series, The VA in 3D, of which this article is the latest installment. The previous five parts were:

The fifth of these articles described a psychological evaluation to which I was subjected because the hospital administration resented my four previous articles. I was amazed to learn this from neurology department physician Dr. Murugen, who admitted to having ordered the exam. I took the blatant repression of my first amendment rights as an honor, then demanded that the malicious Murugen remove himself from my case, which he did.

The email exchange below exemplifies the mainstream interest that the series attracted, and the sorry state of what I blush to term American journalism:

Thursday, 9/29/11 — Captain May, I am writing for The Washington Examiner, and have come across your posts on the Veterans Today website. I can hardly believe the treatment you have endured, and wish to expose the abuse veterans receive from Veterans Administration hospitals. Please let me know if I may use your remarks in an article, and please inform me of your current medical status and of any recent mistreatment. — Sincerely, Samantha Gilman, Opinion Page

Thursday, 9/29/11 — Dear Ms. Gilman, thank you for your interest in my series, The VA in 3D. Please feel free to quote or paraphrase anything you want. There have been noteworthy events in the last two weeks. Since I’m leaving the hospital today, I intend to post my fifth and final article this weekend. It will be worth the wait if you have the time. If you can’t wait, please write back and I’ll fill you in. — Cordially, Captain Eric H. May

Thursday, 9/29/11 — Captain May, thank you for your response. I can wait for your fifth article, but sooner is better. Also, direct quotes from you on the following would be fantastic. — Thank you, Samantha Gilman

Wednesday, 10/5/11 — Captain May, thank you for filling out the VA consent forms.  Don’t worry about faxing them to me — an email is fine.  Also, do you mind asking your wife to call me back? — Sincerely, Samantha Gilman

Wednesday, 10/5/11 — Dear Samantha Gilman, your first question today (about the possibility that Eric was exaggerating) was an important one, and I would like to support my husband’s claims about the deadliness of the two assaults against him.

The first assault was shortly after he left surgery and was under intensive care. The hospital admitted the event and imposed administrative punishment on the nurse.

As for the second assault, I was present when the hospital police took Eric’s statement and interviewed various nurses. Both the police and I believed him, and they promised to prosecute the case.

Eric’s claim that he desaturated and nearly died four days after the second assault is true. The hospital called me and confirmed his peril, and after I arrived they filled in the details.

Eric’s claim that a staff member deliberately disabled his ventilator alarm is also true. The hospital chose to describe it as an inadvertent error, and respiratory therapy supervisor Antonia Jodinskas taught mandatory classes to her subordinates to make sure it didn’t happen again.

I believe my husband’s next article will be about an incident that occurred on the night of September 20th. He called me to tell me that the nurses had refused to answer his emergency call for assistance, and were preventing him from reporting it to the night physician. I attempted to call the physician (Dr. De Carlo) myself, but she didn’t return my call. Eric said that she never came to take his statement.

A final point: In his five articles about the hospital, Eric never says that his attackers were trying to kill him. He says that they could have killed him, which is completely true. If you have any additional questions, please do not hesitate to call me. — Gretchen May

Both my wife and I are credible public figures in the Houston area, where she has been a Republican precinct chairwoman and I have been an NBC editorial writer. When we married in 2002 my best man was Chase Untermeyer, a former Assistant Secretary of the Navy and a future Ambassador to Qatar. After my ALS diagnosis in 2006, Gretchen and I were selected as Texas delegates to lobby Congress on behalf of the national ALS Association (ALSA).

Thus The Washington Examiner had a formidable story at its disposal; shockingly though, they simply disposed of the story, and didn’t answer my follow-up email asking whether they intended to run it. They had become deaf, dumb and blind exemplars of the post-9/11 profession of presstitution, in which there is no mainstream reporting on the military-industrial complex that hides under the euphemism of national defense.